Lifeway Research recently released the findings of an extensive study on African-American church planting, the first of its kind.

“We have conducted large national studies on church planting in the past,” noted Ed Stetzer, president of Lifeway Research. “But it would be wrong to assume that national factors are the same for every sub-population of church plants. We are grateful that key sponsors came forward wanting to measure the reality of African-American church planting today.” 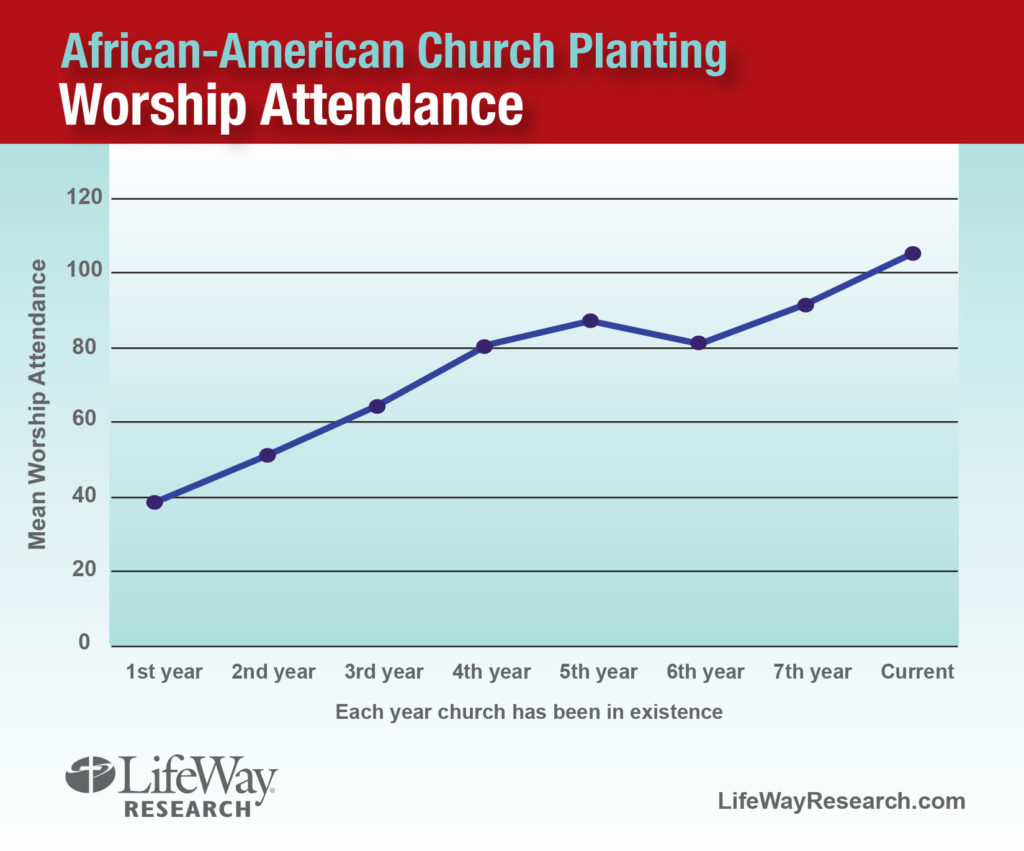 Along with discovering noticeable trends in attendance growth and evangelism, the study also highlighted certain factors that contributed to the success of the church plant. Of the 290 African-American church planters who started churches prior to 2012, only 6 percent were forced to close.

On average, weekly worship attendance grew steadily over the life of the church, with the exception of a dip in the sixth year. In their first year, churches averaged 37 attendees. That doubled by their fourth year and topped 100 by year eight.

Three characteristics had the most positive relation to attendance increases, and were present in more than two-thirds of the churches: delegation of leadership roles to volunteers, leadership training for new church members, and a plan of personal spiritual formation for the church planter.

Church plants used a variety of worship styles, with the most common being blended, cited by 45 percent of the pastors. But those plants with a more distinctive style, such as Contemporary urban,  had higher attendance than those with blended services.

With evangelism, churches saw an average of 16 new commitments to Christ in their first year. That number peaked at 20 in the third year, before falling to around 12 for the fifth year and beyond. The characteristics that were most consistent with successful evangelism were door-to-door witnessing and a new members class.

Sponsors of this Lifeway Research project included Mission to North America (PCA), Assemblies of God, Path 1 (United Methodist Church), International Pentecostal Holiness Church, Southern Baptists of Texas, the Foursquare Church, and North American Mission Board (SBC). They, along with others, received this report at the bi-annual meeting of the Church Planter Leadership Fellowship.