by Bob Smietana
For John Teter, evangelism means watching soccer these days.
Teter is pastor of Fountain of Life Church in Long Beach, California, where many of his neighbors are into soccer. So Teter is learning to love the game as well. “That’s not my normal cup of tea,” says Teter. “But I watch soccer games with them and ask a lot of questions.”
For Teter, evangelism starts with friendship. It’s an approach he first learned as an unbelieving college student at UCLA. Teter didn’t grow up in church and didn’t open a Bible until he was in his 20s. But he had a college friend who was a Christian and serious about his faith.
When his friend asked him to study the Bible, Teter decided to give it a try. Nine months later, he gave his life to Christ, thanks in large part to his Christian friend spending time with him and talking about God, the Bible and matters of faith.
“This friend helped me experience the Christian life for myself,” says Teter.
Evangelism yesterday and today 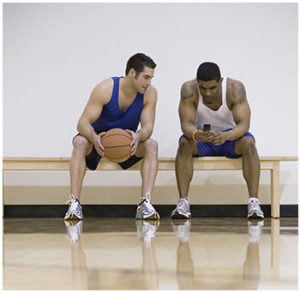 See also  Go, Therefore, and Meta Disciples: Should Your Church Be in the Metaverse?

Bob Smietana (@bobsmietana) is the senior writer and content editor of Facts & Trends.