One in four Americans suffers from some kind of mental illness in any given year, according to the National Alliance on Mental Illness. Many look to their church for spiritual guidance in times of distress. But they’re unlikely to find much help on Sunday mornings.

Most Protestant senior pastors (66 percent) seldom speak to their congregation about mental illness.

Those are among the findings of a recent study of faith and mental illness by Nashville-based Lifeway Research. The study, co-sponsored by Focus on the Family, was designed to help churches better assist those affected by mental illness.

Researchers looked at three groups for the study.

They surveyed 1,000 senior Protestant pastors about how their churches approaches mental illness. Researchers then surveyed 355 Protestant Americans diagnosed with an acute mental illness—either moderate or severe depression, bipolar, or schizophrenia. Among them were 200 church-goers.

The study found pastors and churches want to help those who experience mental illness. But those good intentions don’t always lead to action.

“But pastors need more guidance and preparation for dealing with mental health crises. They often don’t have a plan to help individuals or families affected by mental illness, and miss opportunities to be the church.”

A summary of findings includes a number of what researchers call ‘key disconnects’ including:

That silence can leave people feeling ashamed about mental illness, said Jared Pingleton, director of counseling services at Focus on the Family. Those with mental illness can feel left out, as if the church doesn’t care. Or worse, they can feel mental illness is a sign of spiritual failure.

“We can talk about diabetes and Aunt Mable’s lumbago in church—those are seen as medical conditions,” he said. “But mental illness–that’s somehow seen as a lack of faith.”

Most pastors say they know people who have been diagnosed with mental illness. Nearly 6 in 10 (59 percent) have counseled people who were later diagnosed.

And pastors themselves aren’t immune from mental illness. About a quarter of pastors (23 percent), say they’ve experienced some kind of mental illness, while 12 percent say they received a diagnosis for a mental health condition.

But those pastors are often reluctant to share their struggles, said Chuck Hannaford, a clinical psychologist and president of HeartLife Professional Soul-Care in Germantown, Tennessee. He was one of the experts interviewed for the project.

Hannaford counsels pastors in his practice and said many – if they have a mental illness like depression or anxiety—won’t share that information with the congregation.

He doesn’t think pastors should share all the details of their diagnosis. But they could acknowledge they struggle with mental illness.

“You know it’s a shame that we can’t be more open about it,” he told researchers. “But what I’m talking about is just an openness from the pulpit that people struggle with these issues and it’s not an easy answer. “

Those with mental illness can also be hesitant to share their diagnosis at church. Michael Lyles, an Atlanta-based psychiatrist, says more than half his patients come from an evangelical Christian background.

“The vast majority of them have not told anybody in their church what they were going through, including their pastors, including small group leaders, everybody,” Lyle said.

Stetzer said what appears to be missing in most church responses is “an open forum for discussion and intervention that could help remove the stigma associated with mental illness.”

“Churches talk openly about cancer, diabetes, heart attacks and other health conditions – they should do the same for mental illness, in order to reduce the sense of stigma,” Stetzer said.

Researchers asked those with mental illness about their experience in church.

Lifeway Research also asked open-ended questions about how mental illness has affected people’s faith. Those without support from the church said they struggled.

But others found support when they told their church about their mental illness.

Mental illness, like other chronic conditions, can feel overwhelming at times, said Pingleton. Patients can feel as if their diagnosis defines their life. But that’s not how the Bible sees those with mental illness, he said.

He pointed out that many biblical characters suffered from emotional struggles. And some, were they alive today, would likely be diagnosed with mental illness.

“The Bible is filled with people who struggled with suicide, or were majorly depressed or bi-polar,” he said. “David was totally bi-polar. Elijah probably was as well. They are not remembered for those things. They are remembered for their faith.”

Lifeway Research’s study was featured in a two-day radio broadcast from Focus on the Family on September 18 and 19. The study, along with a guide for pastors on how to assist those with mental illness and other downloadable resources, are posted at thrivingpastor.com/mentalhealth.

Lifeway Research also looked at how churches view the use of medication to treat mental illness, about mental and spiritual formation, among other topics. Those findings will be released later this fall.

Lifeway Research conducted 1,000 telephone surveys of Protestant pastors May 7-31, 2014. Responses were weighted to reflect the size and geographic distribution of Protestant churches. The sample provides 95% confidence that the sampling error does not exceed +3.1%. Margins of error are higher in sub-groups.

Lifeway Research conducted 355 online surveys July 4-24, 2014 among Protestant adults who suffer from moderate depression, severe depression, bipolar, or schizophrenia. The completed sample includes 200 who have attended worship services at a Christian church once a month or more as an adult.

Lifeway Research conducted 207 online surveys July 4-20, 2014 among Protestant adults who attend religious services at a Christian church on religious holidays or more often and have immediate family members in their household suffering from moderate depression, severe depression, bipolar, or schizophrenia. 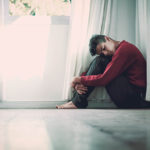