Does it matter why we do ministry, as long as we get it done successfully? Actually, a glimpse at 1 Peter 5:2-6 will remind us how much ministry motives matter to God. Today I want to explore three bad ministry motives that Peter warns pastors about.
1. Ministry Motivated by Guilt

“Shepherd God’s flock among you, not overseeing out of compulsion, but freely, according to God’s will” (v.2a).

Are you unintentionally taking someone else’s ministry opportunity by serving beyond your calling? Guilt is a short lived ministry motivation which doesn’t work long term for anyone.
If guilt is involved, God is not. If you are currently serving on a guilt trip, take the next exit because you will not like where that road leads.
2. Ministry Motivated by Money

Most of you already know that ministry is not a lucrative career path. Why then do some pastors seem to obsess with money? Money is not evil and is an appropriate motive for work—just not God’s work.
There are many benefits to ministry, including the pleasure of having a front-row seat to watching Jesus change lives. A pastor who is rightly motivated hardly sleeps on Saturday nights because he can’t wait to see and serve Jesus’ people on Sundays. If your church or ministry is doing a good job of taking care of you, then do not feel bad about enjoying it.
3. Ministry Motivated by Control

The twelve disciples constantly struggled with control issues. The Holy Spirit has arrested me on the spot many times when I am lifting myself up instead of Him or others. A controlling pastor often reminds people of his God-given authority and uses his position to bully those under his care into submission. Positive influence is better than negative intimidation any day, anywhere.

Implications of Ministering with Bad Motives

1. God Will Oppose You
There is so much that God has already said about this, that additional comments are unnecessary.

“Humble yourselves before the Lord, and He will exalt you. Don’t criticize one another, brothers” (James 4:10).

2. Satan Will Distract You

“Be alert! Your adversary the Devil is prowling around like a roaring lion, looking for anyone he can devour. Resist him and be firm in the faith” (vv. 8-9a).

This angry lion from hell is a dangerous predator who wants to devour you. Pride was Satan’s first scheme against the first humans. Adam and Eve were tempted to eat from a tree that he promised would make them as smart as God. What did God do to Satan? Grounded him; which is perhaps why snakes don’t have limbs.
3. People Will Resent You
Super Typhoon Hagupit is the world’s most powerful storm this year and is currently taking aim on the Philippines. With sustained winds of 150 mph, it may wreak as much havoc as Typhoon Haiyan did thirteen months ago which killed 6,300 people with 200 mph winds. One of the many structures that was damaged last year was the shrine/museum built by the flamboyant former first lady Imelda Marcos. She built it in her hometown to house the gifts accumulated during the two-decade rule of her late husband, Ferdinand Marcos. The news of the damage to her museum, including 2,700 pair of shoes, was kept from Mrs Marcos because of fear that it might upset her. Boo-hoo. Despite her lavish lifestyle and numerous allegations of embezzlement, she curiously continues to enjoy popularity in some circles, while she also experiences resentment from many others.
What motives are you struggling with the most these days? What has the cost been to your life, home and ministry? Next week we will look at the other side of that ministry coin by exploring the good motives that Peter commends to us. 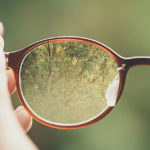