The Book of Ecclesiastes says there is a time to be silent and a time to speak, for many now is the time to speak.
In light of recent events in Ferguson, Missouri, Cleveland, and New York, 11 Christian pastors and leaders are gathering Dec. 16 at the historic Lorraine Motel and National Civil Rights Museum in Memphis for A Time to Speak, a live stream event focusing on race, the church, and where to go from here.
According to event organizer Bryan Loritts, A Time to Speak is a gathering of Christ-followers committed to both the spiritual and sociological implications of the gospel. “We want to boldy declare there is hope,” said Loritts, lead pastor of Fellowship Memphis, a multicultural megachurch launched in 2003.
“The grand jury’s decision not to indict the officers involved in the deaths of Eric Garner and Michael Brown has left many in our nation angry, saddened and hopeless,” he said.
“The fact that such heart-wrenching decisions have taken place some 50 years after the civil rights movement have left the children of those who marched in such places as Birmingham and Selma wondering if justice has not only been delayed, but has she finally and permanently been denied.”
In the midst of this sense of hopelessness and the national conversation on racial relations and reconciliation, Loritts saw a need for a conversation that displays the source of real hope.
A Time to Speak will take place at the Lorraine Motel, where Dr. Martin Luther King was assassinated in 1968 and which now houses the National Civil Rights Museum.
Ed Stetzer, executive director of Lifeway Research, will be moderating a panel that includes: Loritts; Trillia Newbell, writer and author; Matt Chandler, pastor of The Village Church in Dallas-Fort Worth; Darrin Patrick, pastor of The Journey Church in St. Louis; Eric Mason, pastor of Epiphany Fellowship in Philadelphia; John Piper, chancellor of Bethlehem College and Seminary; Thabiti Anyabwile, assistant pastor for church planting at Capitol Hill Baptist Church in Washington, D.C.; Voddie Baucham, pastor of Grace Family Baptist Church in Spring, Texas; Albert Tate, pastor of Fellowship Monrovia in Monrovia, California; and Derwin Gray, pastor of Transformation Church in Indian Land, South Carolina.
The event, hosted by The Kainos Movement and sponsored by Lifeway Christian Resources and Fellowship Memphis, will be live streamed Dec. 16, 4-6 p.m., CST, at live.kainos.is. 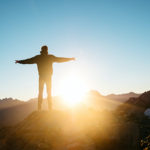