Although most Americans believe church is on the decline, the overwhelming majority say they find value in attending. 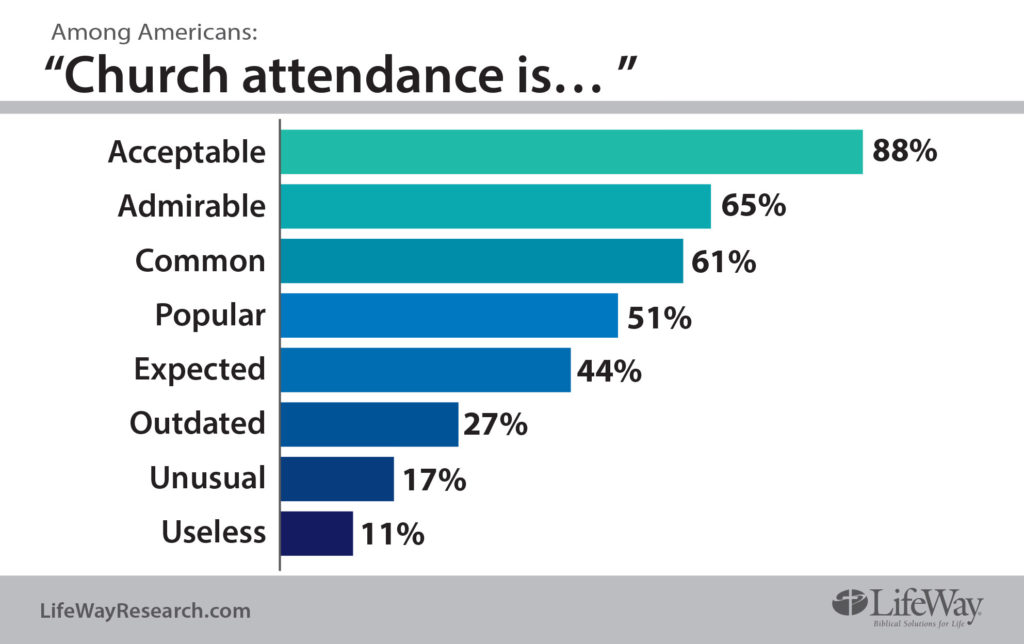 A new survey from Nashville-based Lifeway Research reveals an upbeat attitude toward churchgoing. Two-thirds of Americans think attendance is admirable, and nearly 9 in 10 call it acceptable. Only 11 percent consider church useless.

Yet more Americans believe the church is dying than thriving, according to the Lifeway study. Researchers asked 1,000 Americans about their views in a phone survey from Sept. 19-28, 2014.

“Americans have a much more optimistic view of the people and practice of attending church than they do of the health of the church,” said Scott McConnell vice president of Lifeway Research. “Church attendance is much like regular exercise and driving the speed limit. People do not live out everything they admire.” 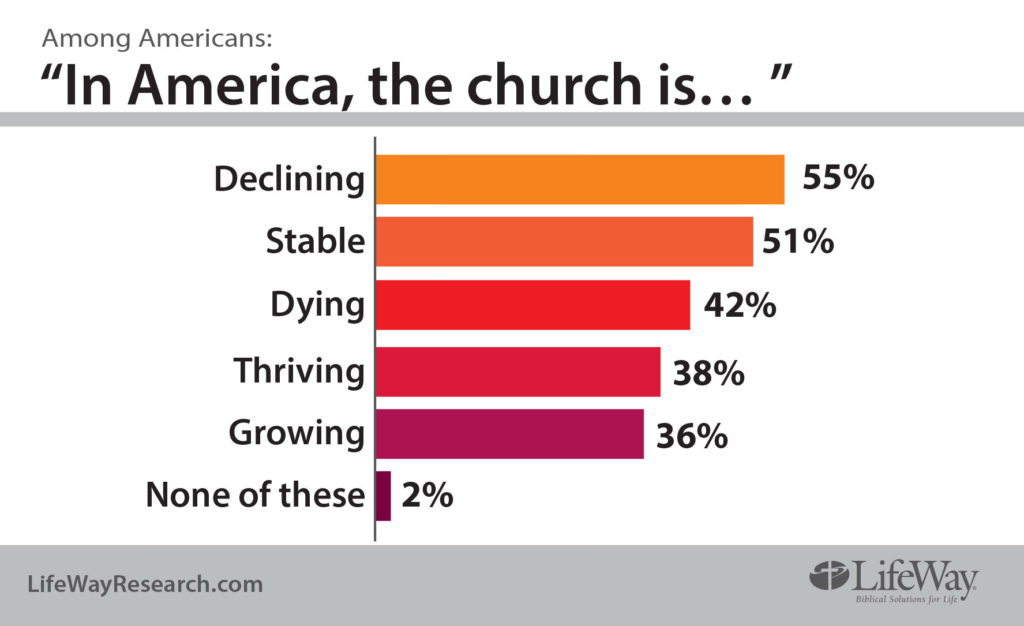 Confirming McConnell’s assertion that Americans’ churchgoing is at odds with their behavior, even on Easter, traditionally the best-attended Sunday of the year, large segments of the population say they don’t plan to attend, previous Lifeway research has found.

And despite their professed fondness for church, Americans are more likely to believe attendance is declining (55 percent) or dying (42 percent) than growing (36 percent) or thriving (38 percent).

Their attitudes reflect the mixed trends of the past 50 years. While many mainline denominations have lost membership, some have grown. And while more people are Christian today than in 1970, Christians make up a smaller share of the burgeoning population, according to a study from Gordon-Conwell Theological Seminary.

27 percent of Americans believe church attendance is outdated, including:

Those young adults, part of the Millennial generation, are also more likely than their elders to describe church attendance as unusual (26 percent).

While 54 percent of those over 65 describe churchgoing as an expectation, that viewpoint is in the minority for every other age group.

There were significant gender differences:

For more on the story, visit Lifeway Research.

LISA GREEN is a freelance writer in Nashville, Tenn.