The United States finds itself divided in terms of religious identity, according to the most recent Pew Research study. While most people in every state of the union identify as Christian, religious affiliation swings wildly depending on the region.

Historically Black Protestants fill the deep South. Mainline Protestants cluster around the upper Midwest. In parts of the Northeast and around the southern border with Mexico, Catholics hold sway. The religiously unaffiliated have taken root in the West and upper New England.

Evangelicals are the largest religious affiliation throughout the South. The states with the highest percentage of evangelicals are:

As much as the South is characterized as being predominantly evangelical, only one state has a clear evangelical majority of the population.

But other regions of the country have much smaller numbers of evangelicals.

The states with the lowest percentage of evangelicals are:

Apart from Mormon-heavy Utah, the Northeast is the least evangelical part of the country. The District of Columbia is only 8 percent evangelical.

The least religious parts of the country are geographically spread out. The nones account for more than 30 percent of the populations of Vermont, New Hampshire, Massachusetts, Washington, Oregon, Alaska, and Maine. 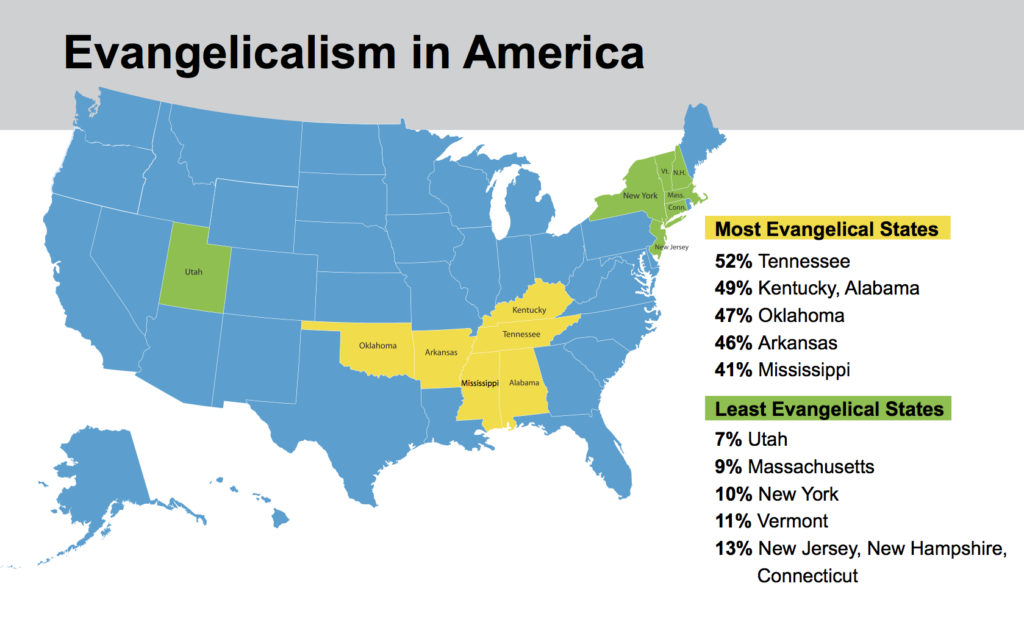