Her trembling fingers barely stop the pregnancy test from tumbling to the floor.

Confronted with the biggest decision she’s ever had to make, she tries to swallow her panic and think through her options. She doesn’t know where to turn for help.

But it probably won’t be the church.

Experts know women facing crisis pregnancies rarely see the church as a source of support. A new study commissioned by Care Net and conducted by Lifeway Research confirms it: Two-thirds of women who have had an abortion believe church members are more likely to gossip about a woman considering abortion than help her understand the options.

Ministry leaders say it’s time for a cultural shift. They believe churches can touch the lives of thousands of women and their unborn babies by welcoming them with grace and support.

Pregnancy, they say, is not a sin—regardless of how the pregnancy began.

“The perspective needs to change in churches,” says Vince DiCaro, chief outreach officer for Care Net, which supports more than 1,100 pregnancy centers across North America. “Pastors need to make it clear to women: You’re going to get the compassionate care you need to work through this, and we’re going to help you have this baby and support this baby in the long term.”

By spring of 2016, Care Net plans to launch Making Life Disciples, a six-session DVD curriculum that will equip churches to offer compassion, hope, help, and discipleship to anyone considering abortion. Churches already have relationships with nearly half of women who have abortions, Lifeway Research shows. Its survey found 43 percent were attending church once a month or more when they decided to end a pregnancy. Yet only 7 percent discussed their decision with someone at a local church.

The gap between those numbers represents a huge opportunity for the church, says Scott McConnell, Lifeway Research vice president.

“Six times more women should be reached with at least a caring conversation about the decision they’re making,” McConnell says. The conversations aren’t happening because women fear being judged, he says. “The typical church is dwelling on truth and has no room for grace.”

Robin Mauck sees women’s fears when they come to the Pregnancy Resource Center of Gwinnett in Lawrenceville, Georgia, where she is executive director. “Most people, their first thought with their pregnancy is to head off to Planned Parenthood, and we want to change that,” she says.

Role of the church Churches traditionally have relied on crisis pregnancy centers to counsel women with unplanned pregnancies, McConnell and DiCaro say, but they see several reasons for churches to take the lead. One reason is sheer volume. “The only way we’re going to reach the number of women we need to reach is if churches are having initial conversations as well,” McConnell says.

Another is location. While a city may have only one or two pregnancy care centers—usually in the suburbs, because urban sites are expensive—churches exist by the dozens, scattered throughout the community.

At Care Net, “we came to this epiphany: Churches are in a position to start pregnancy care ministries in urban areas where there are lots of abortion clinics and very few pregnancy centers,” DiCaro says.

Churches can also provide long-term support for mother and child in a way pregnancy centers cannot, McConnell says. “If you say to a woman, ‘We’re going to be there for you if you keep this child,’ that’s really 18 years of investment,” he says.

Finally, DiCaro points to the church’s biblical mandate to care for others.

“The reality is this is the church’s job,” he says. “Pregnancy centers are parachurch ministries whose job it is to come alongside the church to help the church with its work, not the opposite.”

DiCaro says change begins with what he calls a “Joshua proclamation” by church leadership: “As for me and my church, there will be no abortions.”

“The pastor must adopt it as a priority and officially build it into the ministry of the church,” says Tony Evans, senior pastor of Oak Cliff Bible Fellowship in Dallas, Texas, whose church will be a pilot site for Care Net’s program.

Next, DiCaro says, a pastor should identify someone in the church to lead a new pregnancy care ministry. Then the church can put programming in place and start working with the local pregnancy center.

“Churches should link their internal pregnancy ministries to pregnancy centers so there can be a referral going both ways,” Evans recommends.

Good intentions are not enough, McConnell says. “You actually have to prepare. You have to train people to have those conversations.”

Openness about a taboo subject is also important, Mauck says. “It’s a topic pastors don’t want to talk about,” she says. “Evangelicals need to get more comfortable with talking about it from the pulpit. That’s the only way to change how churches respond.”

Most of all, Mauck says, people need to get personally involved. She has watched volunteers’ hearts soften as they get to know the women who come to the pregnancy care center for help.

Changing a culture begins with grace, McConnell says. “You’re loving people through the consequences of decisions,” he says. “You don’t have to go through a seven-step program to be loving. It starts there.”

For more on the study, read “Women Distrust Church on Abortion” at Lifeway Research.

Previously, Facts & Trends detailed seven facts about abortion in America. The number of abortions continue to fall in America, while self-identified pro-choice individuals grew this year. Meanwhile, Americans are evenly split on the morality of having an abortion. 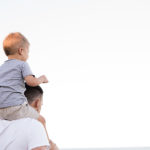