When news broke in 2015, many searched beyond the pages of a newspaper to the pages of Scripture for information about current events, according to an analysis of online Bible searches at BibleGateway.com.

As in most years, during Easter and Christmas time, Scripture searchers are more likely to search for the seasonal story.

During holidays like Memorial Day, Independence Day, along with Mothers and Fathers Day, searches spike for terms related to those holidays.

But there is also a connection between current events and biblical searches. On Bible Gateway, a leading Bible website and app, users searched for related content in Scripture as different topics dominated the news cycle.

On February 15, ISIS released a video showing members of the terrorist group beheading 21 Coptic Christians. The next day, “beheaded” became the fourth most searched term at Bible Gateway, after having virtually no searches before.

At the end of June, search terms related to homosexuality and marriage skyrocketed to the top of the rankings when the Supreme Court ruled to legalize same sex marriage across the U.S.

In both April and September, biblical searches for “moon” and “blood moon” surged as the nation discussed the astronomical phenomenon. Late in September, “blood moon” briefly became the most searched for term on Bible Gateway.

More traditional topics dominate the most searched keyword over the entire year. At Bible Gateway, the 10 most popular search terms of 2015 were: 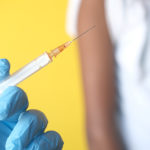