A new long-term study of about 75,000 women found those who attended religious services once a week cut their risk of dying by a third.

The study is the latest attempt to find out how faith and spirituality affect health.

Researchers at Harvard examined data from the Nurse’s Health Study, a national survey that included data on diet, health, and lifestyle, and tracked participants from 1996 to 2012. All the nurses had been free of heart disease and cancer when they joined the study.

The study started with 74,534 women. More than 13,000 had died by the end of the study period. Those who attended religious services more than once a week were 33 percent less likely to have died than those who never attended services. They also lived about five months longer.

VanderWeele said researchers aren’t exactly sure how the connection between worship attendance and health works. But the connection is strong, he told Facts & Trends in an email.

The study’s main finding: the habit of regular churchgoing is good for your health.

In previous studies, researchers had wondered if reverse causation was at work. Perhaps only people who are healthy are able to go to services—and it would make sense they are less likely to die.

“That we had data on both service attendance and health repeatedly over time helps provide evidence about the direction of causality,” VanderWeele told Facts & Trends. “We of course cannot be certain here, but the evidence seems quite strong.”

There are still some limits to the study. Most of the participants were white Christian women, so there’s no way to be certain worship attendance would affect other people in the same way.

And don’t expect doctors to start prescribing visits to church for their patients.

That’s not their role, says VanderWeele.

Still, doctors should be aware of the benefits of worship attendance on health. And most patients, he said, want physicians to take their spiritual well-being into account.

Most people aren’t thinking about health benefits when they decide what to believe or whether or not to go to church.

“However, for those who already hold religious beliefs, but do not attend services, the study does question whether they are perhaps missing something of the communal religious experience that is powerful, at least for health,” he told Facts & Trends.

“In an era in which people increasingly self-identify as spiritual but not religious, the study raises the question as to whether there might be something more powerful in religious life than simply solitary spirituality.” 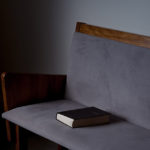