There is a growing tension between some pastors and some laity in churches across America. It is not pervasive, but it’s growing. Frankly, I don’t even like the seemingly opposing labels of pastors and laity. I just don’t know how to describe the groups otherwise.

This tension is like the family secret that no one mentions explicitly, but many speak around it and near it. And this tension is growing.

Hardly a day goes by that I don’t hear a layperson expressing some level of concern about pastors in his or her church. Likewise, and with similar frequency, pastors share with me their growing frustration with laypersons in the church.

How pervasive is this tension? I would be surprised if it includes as much as 25 percent of all churchgoers. But the number is high enough that the tension is often palpable. And I have little doubt that the tension is higher today than it was just a year ago.

I also have little doubt that this tension is one of the most effective tools used by Satan to distract from those things that are of Kingdom importance. It’s hard to be focused on the Great Commission when you are focused on a negative attribute of someone else in your church.

WHAT ARE THE PASTORS SAYING?

Those pastors who are expressing displeasure with their laity are usually doing so in four major areas of concern:

Pastors, I get it. Every one of those concerns is legitimate. But do you know what? Ministry is messy. Ministry deals with imperfect people just like you. The reality is that these “problem” members are usually a small minority, but you may have a tendency to focus on their negativity rather than leading the church forward.

God called you to ministry to love even the unlovable unconditionally. You can’t develop a negative or bitter attitude toward anyone in your congregation and lead effectively. It’s time to put the frustration behind, and love them even as Christ loved you. And remember: Christ died on a cross for imperfect people like you and me.

WHAT ARE THE LAYPERSONS SAYING?

Though it’s probably a relatively small minority, a growing number of laypersons are complaining about pastors. The complaints I hear usually come in one of five areas:

Layperson, you too have legitimate concerns. Indeed if you are in one of the few churches led by an autocratic and abusive pastor, it’s time to leave. But most of your other concerns are related to the pastor’s gift set. You want him to be an incredible leader, a perfect counselor, and a phenomenal preacher. You want him both omnipresent and omnicompetent.

You could say that the concerns expressed are connected to needs not getting met. Instead of coming to the church to serve, some laypersons are in the church to be served. They want a perfect pastor, but they are unwilling to pray for him and see the struggles he experiences daily. Very few people understand the demands on his life and time.

As long as Satan is able to pit pastor against parishioner, and vice versa, the focus will be on the feud rather than the Great Commission. In most cases, both sides are at fault. The antagonists are focused on themselves rather than the other person.

This tension is still at a relatively low level. But, because it is growing, I feel it is important to sound the alarm on this great distraction.

The solution is simple: In God’s power, focus on the needs and concerns of others rather than your own, whether you are a pastor or a layperson. Learn to be totally self-giving and sacrificial. Then, and only then, will this growing tension abate.

Do nothing out of rivalry or conceit, but in humility consider others more important than yourselves. Everyone should look out not only for his own interests, but also for the interests of others. Make your own attitude that of Christ Jesus (Philippians 2: 3-5, HCSB). 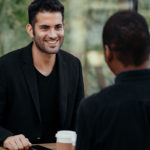