Every pastor needs a Barnabas, a Paul, and a Timothy in their life. Barnabas was a mentor and peer to Paul, who was a mentor to Timothy. These three relationships have become firewalls for me against isolation, loneliness, and spiritual drift for three decades of ministry.

I’ll write about Timothy and Paul in the next two weeks, but today we will focus on what a Barnabas-type friendship looks like.

A Barnabas Will Be Supportive

Barnabas was a Jewish priest from Cyprus, whose real name was Joseph. The Apostles preferred to use his nickname, which is translated Son of Encouragement (Acts 4:36).

Every single pastor and ministry leader needs a Barnabas who will speak words of encouragement into our lives and ministries.

A Barnabas Will Be Unselfish

Barnabas sold a field he owned, brought the money, and laid it at the apostles’ feet (Acts 4:36-37).

You have enough takers in your world. A Barnabas is the type of friend who will think of your needs as more important than his own (Phil. 2:3).

A Barnabas Will Be Loyal

When the Jerusalem church leaders sent Barnabas to Antioch to preach, he took along a risky new convert named Saul (aka: Paul). Paul had a reputation for persecuting Christians before his conversion, and few  assumed Paul was really a Christian. However, the Apostles trusted Barnabas, and Barnabas trusted Paul. Otherwise Paul may not have gotten his first ministry opportunity (Acts 11:22-30).

A Barnabas Will Be Mature

When the church at Antioch began to grow exponentially through the conversion of Gentiles, the leaders in Jerusalem got a little nervous. They sent Barnabas to check it out, for he was a good man, full of the Holy Spirit and faith (Acts 11:24).

We all need a confidant to share victories and defeats with–someone to talk us off the cliff of ministry suicide when we are on the verge of a tantrum.

A Barnabas Will Be Humble

Paul was a good writer and speaker, yet there was no evidence of Barnabas doing either. Most Christians are not called or gifted to take up the pen or microphone, so we may be tempted to assume that our gifts are inferior to those on stage.

Somewhere along the way, “Barnabas and Paul” became “Paul and Barnabas.” A change that Dr. Luke subtly, but intentionally makes in the book of Acts.

A Barnabas Will Be Bold

Barnabas was more than just a nice guy. He didn’t back down to Paul when they had a sharp disagreement about Mark (Acts 15:36-39). Sons of encouragement don’t look casually beyond our weaknesses, they walk through those challenges with us.

This week I lost a great Barnabas when my close friend Craig Miller died in a tragic accident. This post is dedicated to his legacy as a son of encouragement to me for 33 years, as well as to thousands of other pastors, missionaries, and church leaders. 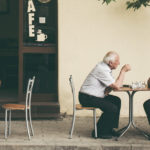 6 Traits Every Pastor Needs From a ‘Barnabas’