My wife and I moved to Brooklyn February 6th of 2013. Although I grew up in New York I had actually never been to Brooklyn. I had to learn to how to get around and I had absolutely no friendships. Starting this church meant we had to create some kind of way to not only build friendships but eventually build friends into leaders.

Eventually we did meet a couple named Rich and Emmy Bowman and started a Bible study with them. Now the Bowmans are being sent out to start our second location.

Here is a simple process I found helpful as we saw strangers become friends and friends become Christ-centered leaders.

Whether it was a baby shower, a cookout, or just hanging at each others house we started to spend time getting to know our new friends. My goal was to build an authentic relationship with them. Once I had a grasp of their character and their gifts I would always dream out loud about different opportunities I thought they could accomplish in the Church and in their lives.

It was never agenda based or manipulative. I genuinely believe that every believer in Jesus Christ has an amazing calling on their life to do incredible things (Ephesians 2:10). In fact, I see one of my roles in equipping the saints is exploring with the saints what their past experiences are, what their passions are and how they are gifted. It was through the exploration of everyone’s story that I realized what my people were sensitive to, what encouraged them, and how they viewed success.

If a gifts test and serving opportunities are all you provide then you will limit the creative process of what could be at your church. When you explore the story of a believer you are researching a customized work that the Holy Spirit is going to produce in your people. Take much time to explore.

Starting a church from scratch in a secular city means you aren’t going to find many people who have already been sifting through Desiring God and reading Mere Christianity. Though we did attract some Christians in the early stages, they were usually like a toy you buy that doesn’t have batteries—discipleship generally was not included.

We came to realize that many of our folks were new to the idea of serving the Lord, so we had to create a strong culture of encouragement. I remember the first night I had Rich lead a Bible study. Outside of him teaching something wildly heretical I knew I was going to celebrate the minute he said “Amen” to end the night. Part of encouraging new leaders is helping them to see what they could become.

My response to failure was pivotal to that first year. We got a lot of things wrong but my overall countenance is—and my team can tell you I always say—“we’ll figure this out.” It was a constant statement that my people say now to others. It creates an attitude of determination rather than blame.

Because I believe every believer has an incredible calling on their life, I don’t want them to let any mistake or setback distract them from the work that God is doing in them—a work that will go beyond their imagination (Ephesians 3:20). When you are the Chief Encourager, people will become more brave and live with a deeper sense of faith and conviction.

There is an invisible line of trust that gets crossed in a new church when people choose to start following you. Listen to what I’m about to tell you: People will let you teach them, eat with them, and listen to music with them forever. But when you start calling them to do things you might be the one spinning all the plates. Believe me.

Whatever incredible vision God has given you was intended to shared in the valley not just shouted from the mountain (Habakkuk 2:2). It begins with expecting great things in your own walk with God. This deep-rooted belief that God is going to show up in what I do and say causes me to prepare with intensity. This expectation is why I require the best from my leaders.

Since it’s a God sized vision and we are serving Him and not ourselves, we are going to give our best then evaluate how we did. Bottom line. This I believe is where leaders in church go from good to great.

To be honest this was an area I failed at again and again. At times I was too harsh. I have a football background and I don’t have a problem telling people they dropped the ball. But, I realized that as I befriended new Christians they don’t always have a built-in mechanism to confront or be confronted. So basically I caused drama through intimidation.

What I’ve learned is that progress is success. Our goal is simply to get 1% better each week. I don’t want folks become overwhelmed by some mystical idea of excellence. When we evaluate I always want to hear from them on how they did. Honestly, most of the time they are harder on themselves!

Once we do an autopsy on the given task or situation, we also have to evaluate whether this person is a good fit for that role. Some people will be great at relationships, but bad at tasks and vice versa. While I won’t shy away from addressing mistakes, I also won’t make them feel like they are a mistake. They are precious to me and precious to the Savior who died for them.

What really makes this work is the security of the leader. I am always challenged to find my security in Jesus and not the results of my leaders. As a church our people have sung songs, preached sermons, done events, and handed out flyers. Not all of it was good, and some of it was just really bad. Even though I felt like running and hiding at times I had to realize the church doesn’t define me; their growth was worth the mess. I couldn’t allow these times to embarrass me.

Like my children in the early stages would yell in stores, say crazy stuff and break things, we have to know our kids are worth the antics. The people God has entrusted me with are worth potential embarrassment because through exploration, encouragement and evaluation you see life change. Rich could tell you he has said things and done things that he probably regrets. He would also tell you he’s not the man he used to be. He has discovered God’s incredible calling on his life. That is worth it. 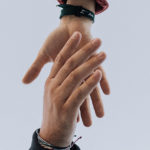