Growing up in 1970s Canada, David Haskell often went to church with his grandmother. Back then, going to church was the thing to do on Sundays. “Grandma’s church was packed with young and old alike,” he writes in a column for the Calgary Sun.

And evangelical congregations like his grandmother’s weren’t the only ones drawing crowds, argues Haskell. Churches of all kinds in her town—Lutheran, Anglican, Presbyterian—were full, he writes.

So he and two colleagues spent five years studying 22 churches in Ontario, Canada—some growing and others failing. Along the way, they surveyed more than 2,000 churchgoers in those congregations.

They found that what people believe really matters. Churches that adhere to conservative theology are more likely to grow than those that do not.

“For example, because of their conservative outlook, the growing church clergy members in our study took Jesus’ command to ‘Go make disciples’ literally,” Haskell writes in the Washington Post.

“Our research suggests that churches don’t have to abandon or water down their core beliefs to remain ‘relevant’ or attract people to their services,” says co-researcher Kevin Flatt.

“On the contrary, churches that stick to quite conservative beliefs that emphasize the truth of the Bible, the importance of sharing the gospel, and God’s continuing action in the world are actually more likely to grow.”

Growing churches and declining churches had very different approaches and beliefs, according to the study. 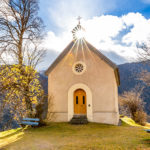 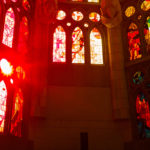