Is Justice Possible?: The Elusive Pursuit of What is Right In Is Justice Possible?: The Elusive Pursuit of What is Right, J. Paul Nyquist provides a simple yet robust response to a question that is growing in both the hearts of Christians and non-Christians as they are daily confronted with the reality of the injustice that exists in the world of around them. It is clear that as a fellow weary soul, Nyquist has wrestled with this question as he recounts several types and instances of injustice that have played out within the U.S. legal system throughout the book. However, before answering the question of whether or not justice is possible, Nyquist first considers what is justice ontologically and asserts that any cry for justice apart from the holiness and righteousness of God is invalid.

After identifying God as our proper starting point in pursue justice, Nyquist explains why though we can grasp the concept of justice, we don’t possess the ability to make it a reality because humanity is depraved and finite. The human condition inherently hinders one’s ability to make just laws, sets limits on their ability to know what actually has occurred when we seek to execute justice fairly , darkens their understanding of right and wrong, and causes them to have implicit biases. Yet, in the face of these realities, God still requires of humanity to “do justice” (Micah 6:8). In light of this call, Nyquist provides encouraging and practical ways in which we can do justice in our political, public, and personal arenas. In the end, Nyquist reminds his readers that though we are not able to execute justice perfectly, our perfect Savior and King will soon come to reign and set everything right. In his kingdom, justice is not merely possible but it is guaranteed.

Paul Nyquist’s book, Is Justice Possible? The Elusive Pursuit of What is Right, is for every pastor who has wrestled with how to speak to the varying degrees of injustice that the world has witnessed over the past decade. Though injustice is not a new reality for humanity, it is one that is becoming harder to ignore in light of the invention of camera phones and the growing usage of social media as the premier platform for education on issues related to politics and social justice. Nyquist speaks as a not only a pastor, but as a fellow weary soul who has been bombarded by the realities of injustice and sincerely cried out, “Is Justice Possible?”

In doing this, Nyquist accomplishes two things that would be vital for pastors. First, Nyquist models for pastors and ministers the benefit of not avoiding the hard questions and instead wrestling with them before the Lord with bibles open in order that we can humbly and effectively communicate how the gospel narrative of creation, fall, rescue, and restoration applies to all of life. Second, Nyquist provides a comprehensive yet simple and encouraging worldview through which to view and pursue justice in the world as we eagerly await the return of our Savior King, Jesus Christ. This makes the book a helpful companion for pastors as they seek to shape a biblical worldview amongst their congregants and lead them in engaging the hurt and questioning world around them. 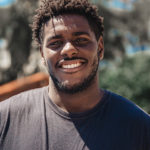 Why Pastors Must Talk About Race

Help the Next Generation Value Racial Diversity in God’s Kingdom