What do you need to know to reach Generation Z? Here are some tips and advice for reaching and ministering to the next generation.

As Burns notes, you can’t reach the Z’s unless you understand them and their world. He takes his cue from Paul in Acts 17:22-31, addressing the Greeks at Mars Hill.

“He talked to them in their language,” says Burns. “We have to do the same with Generation Z. We’ve got to listen to what they listen to, watch what they watch, read what they read.”

Burns and others recommend that parents and youth leaders get on Snapchat and Instagram, the social media platforms of choice for Z’s. Observe their behavior and posts, but don’t necessarily chime in. “We should be watching, not stalking,” says Burns.

Derek Brown, student minister at Logos Baptist Church in Dothan, Alabama, adds, “I think it’s helpful for students to know that people do watch them on social media, and not just their peers.”

Eubanks says Z’s “divulge who they are” online, so he pays attention to their activity. “Through social media, I can learn a lot about what’s going on in their lives,” Eubanks says.

If he sees something of concern, he’ll contact that student and ask if he can help. “They’re not offended, because they know I’m not trying to pry, but that I love them. If you genuinely love them and incarnate into their culture, you earn that right.”

(Z’s might disagree with the advice that adults should follow them on social media. Read one teen’s words of wisdom in “From a Z’s perspective.”)

And like teens of all generations before them, Z’s struggle with self-image and doubt. But unlike previous generations, Z’s actually attempt to measure their worth through such counterfeit indicators as the number of “friends” and “likes” on social media. So it’s vital to remind them they’re made in God’s image, fearfully and wonderfully so.

Even today’s youth group meetings should look different from those of a decade ago.

“As pastors, we have to connect with them in mediums they’re going to use,” says Branum. Presentations should “be a little more creative because these kids are used to being entertained. We have to be engaging. And if they prefer to learn things visually, we have to accommodate that.”

He stresses keeping the floor open for discussion because Z’s are curious and inquisitive.

“How comfortable are we in allowing them to interrupt?” he asks.

“We have to create a culture where asking questions is OK. If we don’t, we’re missing a valuable opportunity.”

Mark is a freelance writer in Atlanta with a heart for teens. 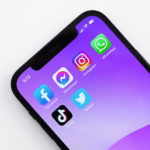 How to Use Social Media as a Church—4 Struggles