It’s one of the toughest parts of church leadership. You feel like a staff member is not a good fit. Or the elders or personnel committee feel the same about the pastor. You are confronted with the reality that you might need to ask that person to step down.

What’s next? Many churches, unfortunately, believe you should never ask a person to leave unless it’s a moral failure. “It’s just not the Christian thing to do,” they might say. But good stewardship requires leaders to ask what is best for the entire church. In reality, such a move is often best for the person affected.

I have seen these situations handled poorly. One pastor let a staff member go after telling the staff member that he, the pastor, and his wife had prayed about the decision. Really? The pastor’s wife was a part of the decision? In another church the personnel committee let a pastor go without any due process. The first time they let him know there was a serious issue was the night they fired him.

But other church leaders have handled these situations with wisdom, grace, and compassion. I have learned much from these leaders. Here are six key lessons they taught me.

This article originally appeared at ThomRainer.com and is used with permission. 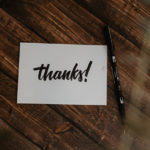 10 Ways to Bless Your Pastors This Month