As the 2018 Winter Olympics wrap up in Pyeongchang, here are some Christian athletes who reached the podium.

For the first time in 20 years, the U.S. women’s hockey team captured the gold medal after a stunning shootout victory over Canada.

The @usahockey women take down rival Canada for their first gold since 1998! #WinterOlympics #BestOfUS https://t.co/wS6s9ulmoA pic.twitter.com/o4gJr8g7sV

In her third Olympics, Martin said, “I’m back on the ice, proudly wearing the ‘USA’ across my sweater and representing my country.

“But my mission is more than winning another medal or championship. It’s about sharing Christ and leading others to Him.”

Teammate Hensley keeps success and failure on the ice in perspective.

“Nothing on this Earth matters more than loving God and loving other people,” she said.

“I think sports and hockey give me the opportunity to do that, to praise Him for the chance to play and the passion and the abilities He’s given me, and to go out and do my best on the ice.”

Wise defended his 2014 gold medal with one to match it in Pyeongchang.

But if he’s not skiing on the halfpipe, Wise is probably with his wife leading the youth group at his church in Reno, Nev.

“Everything that I have is a gift from God, and He can take it away when He wants to,” Wise said. “I am surrounded by people who truly love and support me for who I am, not what I do on a pair of skis and not for any level of success I could attain.”

Double Olympic champion @mrDavidWise is leading the way to the top of the podium. Is Malachi a future @TeamUSA star in the making? #USA pic.twitter.com/bAcGMNng63

After capturing bronze four years ago, Goepper took a step up the podium to grab silver in 2018.

“I feel like there’s only one thing left to do, and I want to go do it,” Goepper says of capturing gold at the 2022 Games.

The skier is at a better place than he was immediately following the last winter Olympics.

He sank into depression and drinking, until his family helped him recover. Now his faith and Christian friends in his sport help him stay focused.

“It’s never fun to do it by yourself,” he told Beliefnet. “It’s good to have other people that are on the same path as you. It’s nice to have that in common and be able to converse with them. It’s cool to share that.”

She and her husband and skating partner, Chris Knierim, have helped the U.S. capture bronze in team figure skating.

This has been a difficult year, however, for Knierim. Overcoming a life-threatening illness forced Knierim to relearn how to skate.

“I grew confidence in a different area. In a nutshell, I may have lost a lot of faith in myself, but I grew with my faith in God,” she said.

“I have some insecurities now that I didn’t have before, but I’m able to work on it and move forward because I’ve shifted my focus and my attention to my faith instead of myself.”

My proudest skate of these games was the short program in the team event. That moment was indescribable. Our best this year. I am so grateful to share this experience with my teammates who made this victory attainable. We've created a bond that will never be broken! Thanks team! pic.twitter.com/ALmuOFcLrg

Other Christian athletes finished the 2018 Olympics without a medal, but still were thankful for the opportunity.

After winning a gold in 2002 and bronze in 2010 and 2014, snowboarder Kelly Clark finished just off the podium in Pyeongchang in fourth.

“If your dream only involves you, it’s too small of a dream,” she said. “I don’t want to get done snowboarding and just have a string of competition results, medals, accomplishments. I want to look at a culture that’s better because I was a part of it.”

Five Olympics… what a privilege it has been. 🇺🇸 pic.twitter.com/JuN4777k3H 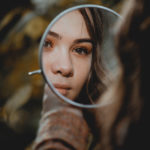 What the Church Must Provide Women in Today’s Culture