I Can Only Imagine Surprises at the Box Office, Should Expand to More Theaters

The Erwin Brothers’ film topped $17 million at the box office to finish third this past weekend in only 1,629 theaters—more than doubling industry expectations and beating out the blockbuster film A Wrinkle in Time.

Look for the film to be expanded to more theaters for next weekend as it continues to rack up high favorability scores with fans garnering an A+ from CinemaScore and a 96 percent rating from fans at Rotten Tomatoes.

Following up on the previous item, it will be fascinating to see how the buzz surrounding I Can Only Imagine affects the box office debuts for Paul, Apostle of Christ and God’s Not Dead: A Light in the Darkness the next two weekends.

It’s possible that moviegoers could forgo seeing those two movies in favor of the Erwin Brothers’ film based on word of mouth recommendations and the buzz surrounding its great opening weekend.

Fifth Anniversary of the Inauguration of Pope Francis

It was five years ago last week that Pope Francis was elected to the papacy, and this week marks the fifth anniversary of his inauguration. The Argentinian-born Jesuit has been instrumental in restoring the Catholic Church’s reputation in the wake of the much-publicized sexual scandals of the past few decades.

Human Trafficking Bill in the Senate

A bill designed to combat human trafficking recently moved through the House of Representatives. This week, it’s the Senate’s turn, as Ohio Sen. Rob Portman brings his version of the bill to the floor.

International Day for the Elimination of Racial Discrimination

March 21 serves as a day for “promoting tolerance, inclusion, unity, and respect for diversity in the context of combating racial discrimination.”

The day, set by the United Nations, is a lead-up to the 70th anniversary of the Universal Declaration of Human Rights in December. 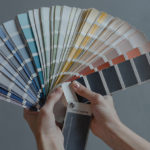