More churches are adding online giving, but the tried-and-true offering plate still brings in the most money.

A recent study found 74 percent of U.S. churches offer congregants the ability to give online. That’s up from 42 percent just a few years ago in 2015.

The largest increase, however, happened in smaller churches—those with fewer than 200 attendees. In 2015, only 29 percent used online giving. Last year, that number more than doubled to 59 percent.

Among churches with an annual budget of less than $250,000, the number offering online giving doubled from 27 percent to 54 percent.

While churches are increasingly providing the option to members, it’s unclear how often people actually take advantage of it.

In 2015, 12 percent of church giving came from online. That rose slightly to 15 percent in 2017, with the increase coming from larger churches.

The share of money collected through the offering plate at larger churches declined only 6 percentage points from 2015 to 2017—from 80 percent to 74 percent.

Smaller churches, despite the large jump in the number who offer online giving, had no real change in the budget percentage given through the offering plate.

Smaller churches actually brought in a lower percentage of their budget online. It declined from 12 percent to 8 percent.

“Although smaller churches have begun to adopt online giving as an option, it’s clear that the trend is not catching on with congregants,” said Trent Dunham, president of Dunham+Company. 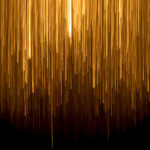