Give a little, get a little.

That’s been the pact between taxpayers and the federal government for 100 years—but today may be the last time some givers will benefit.

People can avoid paying tax on donations to churches and other charitable causes if they itemize deductions. It amounts to a partial payback of their donations as they file their federal income tax returns today.

But itemizing won’t make sense for many people next year. Their taxes may be lower if they simply opt for the standard deduction, which nearly doubles under the new tax law.

Essentially, they can get the tax break without dropping money into the offering plate—giving them less incentive to donate.

Charitable giving may decline by $13 billion due to the change, predicts Una Osili, professor of economics and associate dean for research and international programs at the Indiana University Lilly Family School of Philanthropy.

If it’s any consolation, believers may be more faithful givers than others.

The NCCS cited data from The Nonprofit Almanac 2012 showing 45 percent of households donate to religious organizations, giving an average of $1,703.

By comparison, 56 percent of households give to secular causes—but their average giving is $863, only about half as much.

A few more statistics about charitable giving from the NCCS, based on 2013 data from the Internal Revenue Service, the most recent available: 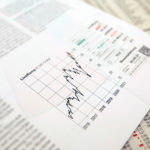