Today is the day for the United States Embassy’s move from Tel Aviv to Jerusalem in Israel. The controversial move marks the fulfillment of a campaign promise made by President Trump. Pastors John Hagee and Robert Jeffress will be on hand for the ceremony.

Oklahoma governor Mary Fallin signed an adoption protection bill on Friday that has LGBT groups up in arms. Per the New York Times, “the law would allow the agencies to choose not to place children in certain homes if it ‘would violate the agency’s written religious or moral convictions or policies.’”

Evangelism in Focus in the Southern Baptist Convention

The final meeting of the specially-appointed Evangelism Task Force takes place this week. The task force, chaired by embattled seminary president Paige Patterson, is expected to make its report next month at the SBC Annual Meeting in Dallas, TX.

Royal Wedding: The Sequel takes place this coming Saturday. Prince Harry and Meghan Markle will tie the knot in a ceremony conducted by Justin Welby, the Archbishop of Canterbury.

While the NBA and NHL are on to the conference finals this week, major soccer leagues across Europe closed out their 2017-18 campaigns this week. Next Saturday’s Champion’s League final between Real Madrid and Liverpool will mark the official end of the season as the World Cup looms in Russia this June and July. 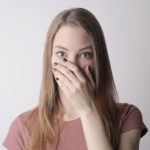