One of the first lessons Wes Yoder learned from his parents was this: There’s always room at the table for a friend.

And at his parents’ farm in Lancaster, Pennsylvania, anyone who came to the door was a friend. The family didn’t have much but they were always willing to share.

When his parents died, Yoder inherited stacks of their guest books, stretching from the 1940s to the 2000s. They include the names of everyone who came for dinner—from the homeless men who’d knock at the back door to government dignitaries from around the world.

“They came to see us because we were charming little Mennonites,” he says.

Yoder, who runs Ambassador Speakers outside of Nashville, Tennessee, has never forgotten the lessons he learned from his parents. In recent years, he’s hosted dinners for friends on a monthly basis. They get together, eat a meal, and share their lives.

That kind of simple hospitality has been lost these days—and loneliness is epidemic among older and younger Americans alike. Loneliness, in fact, has become more of a health risk than obesity or smoking, according to some studies.

Inviting people to a meal can help reverse that epidemic. Yoder says too much of our time is consumed with technology and the busyness of life. And we neglect to do the simple things that create friendships.

“The kitchen table—the supper table—is the least used asset in the kingdom of God,” he says. “We do not invite strangers to our home. We barely invite our friends over for dinner … Hopefully, that will change.”

The meals don’t have to be anything special. A friend in Chicago used to host a soup night for her friends every week. She’d toss on a pot of soup, warm up some bread, and invite people in. Her house became one of the most popular spots in the neighborhood.

In New Orleans, a journalist named Pableaux Johnson has been cooking red beans and rice for neighbors and friends every Monday for the past 15 years. He started when he was new to town and needed to make friends. And he’s kept it up ever since, feeding friends at his grandmother’s kitchen table.

“It’s such a great place to learn from people you know—and people you don’t,” he said.

And there’s always enough for anyone who shows up.

“You can always make more rice,” he told the NPR show “The Splendid Table.”

In McCreary County, Kentucky—one of the poorest communities in America—a church started feeding its neighbors free sit-down meals at lunch every week about seven years ago. The congregation of Crossroads Community Baptist Church had rented out a shuttered restaurant to hold Sunday services—and the building still had a functional commercial kitchen.

In a community where hunger is a real problem, members thought, why not start cooking?

These days the church serves about 200 sit-down meals a week—and hosts more than 1,000 people every year for Thanksgiving. Servers pray with everyone, and anyone who walks in the door is greeted like a long-lost friend.

Today they plant trees in the neighborhood, got a grant to rebuild sidewalks—and even started a church.

Every year they host a harvest carnival—with jump houses and treats for the kids—as an alternative to Halloween, which had been a night for mischief in the neighborhood for years.

Now it’s a time for families and neighbors to hang out and chat.

“Every year, we get about 30 people who want to join a one-on-one Bible study,” Richard Parks, a member of Church of the Redeemer, told Christianity Today last year. “I don’t know how to find 30 neighbors who want to study the Bible except to have a harvest carnival.

“It’s amazing. It’s just such a sign to us that God takes what is dark and broken in our neighborhood and He redeems it—just like He does in our own lives as well.”

And it all started with hospitality and friendship. Eating meals together. Chatting on the front porch. Sharing a few moments together. Small things that make life a little less harsh and bridge some of the distance that keeps us from befriending our neighbors.

We could use a bit more of that these days. Getting on one another’s nerves seems to be America’s favorite pastime. There’s always something else for us to feud about.

Not long before he died, I had a chance to chat with Mike Yaconelli, the co-founder of Youth Specialties and longtime editor of the now-shuttered Wittenburg Door satire magazine.

This was in 2003—and even then, Yaconelli was worried about the harshness of American culture and its effect on the church.

As the country became more secular, he feared too many Christians were thinking about how to avoid being tempted into sin—and not enough about loving their neighbors.

“Our secular pagan culture doesn’t make us get drunk,” he said. “It makes us dull.”

Yaconelli died in a car wreck not long after we talked. But his words remain stuck in my mind.

“We don’t sit around thinking, ‘How can I redeem this situation?’” he said. “We have lost the power of the tiny, of the small, of the little thoughtful things that we can do for each other that will make all the difference in the world.

Perhaps we could start by spending a little less time feuding on Facebook and spending more time at the kitchen table with our neighbors and friends. Eating a meal, listening to one another’s stories, and sharing a little bit of common courtesy and hospitality. 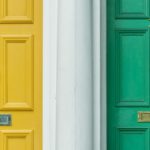 3 Practical Steps for Reaching the Mission Field in Your Neighborhood