As Haitians protest a proposed price hike on gasoline and other fuels, several American church groups remain stranded on the island.

American Airlines, JetBlue, and other airlines cancelled flights in and out of the Caribbean nation and temporarily suspended service to Port-au-Prince, the nation’s capital.

At least three casualties have been reported amid the violence, but the U.S. embassy said there are no reports of American citizens being injured.

Mission teams from churches in Florida, South Carolina, North Carolina, Georgia, Tennessee, Alabama, Louisiana, Delaware, Indiana and Michigan were among those unable to return home on schedule due to the unrest.

The group talked their way through one roadblock with individuals demanding money for safe passage only to confront a second blockade with burning tires.

The middle school and high school students “were on a bus with the owners of the mission, the leaders, other adults, three armed guards and they kept getting stopped by roadblocks and people asking for money and that’s when they decided, at that point, it was not worth it,” Jill Kramer, mother of a 15-year-old on the trip, told WFLA.

UPDATE FROM HAITI: Thank you for covering Haiti in prayer this morning! While protests are still occurring across the…

Chapin United Methodist Church in Chapin, South Carolina, said their team of students is safe on a mission compound.

“They were just singing worship songs and having a good time together and enjoying each other’s company,” March Kenny, assimilation minister for the church, told The State newspaper.

“The parents, I’m sure, are extremely concerned and extremely worried about the safety of their kids. We all have our hope in Jesus. That’s where we know the Lord will protect them.”

Please continue to pray for the nation of Haiti, and for the mission teams including one from Chapin UMC, our team is safe. Please pray they can return home soon! #haiti #chapinumc

Others had much closer brushes with the violence. Savannah Peek, a mission volunteers from Richmond County, North Carolina, shared a harrowing experience with WSOC.

“We heard gunshots start and they were very close. At this point, we all dropped immediately to the ground. We’re all on our hands and knees. Everyone’s screaming, everyone’s crying.”

HAITI| “When we heard gun shots we dropped immediately to the ground. Everyone was screaming and crying. People started passing guns to civilians. We thought the 10 men were about to break in and rob us, kill us, and start a fire.”@wsoctv pic.twitter.com/Bv1AwUI1Cc

But things came even closer for Peek and her team. “We thought 10 men were about to break in,” she said. “I 100 percent thought I was going to die, and so was my sister and my fiancé.”

She praised the locals who have helped to keep their team safe during the violence, but she remained worried. “I really love Haiti, but I’m scared for my life.”

NEW| A missionary just sent me this video of what it looks like in Haiti. He says at one point his team had to hide in a tiny room because 10 me with guns were trying to break into the compound they are staying in @wsoctv pic.twitter.com/IAX6762TKj

Still, the unrest has not changed the minds of church leaders about serving in Haiti.

“Jesus is worth it. The gospel is worth it and these people are worth it,” Jason Webb, pastor of Mount Olivet Baptist Church in Hartwell, Georgia, told 11 Alive.

“We know that we’re not here by accident. We know that God has us here for a reason,” Pastor Jeff McCauley of Woodland Community Church told WFLA.

“Haiti is in a tough situation,” Mike Ennis, pastor of Faith Community Fellowship in Trussville, Alabama, told the Trussville Tribune. “We went to bring hope to an area that has very little hope. This validates why we went there in the first place.”

As did many of those stranded in Haiti, Webb asked prayers for the people there who are dealing with the violence.

“Continue to pray for the Haitian people,” he said, “because eventually we’re going to get on a plane to go back to Georgia, but these sweet, beautiful individuals who Christ loves have to stay right here and live in it every day.”

UPDATE: The team from Glade Church in Mt. Juliet, Tennessee said they expect to return home on Monday (July 9) via helicopter. 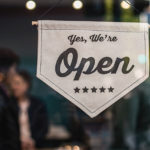 2 in 3 U.S. Churchgoers Say They’re Back to In-Person Attendance