After making it out of committee last week, he now faces a limited FBI investigation into an alleged sexual assault from the early 1980s. There’s no telling how—or when—this might end.

The Bible translation group, Wycliffe USA recently completed a Keliko Bible for people in South Sudan. More than 2,500 other languages are being worked on by the group, but that still leaves more than 1,600 languages yet to have translation work underway.

The Christian university announced last week that it dropped homosexual acts from its biblical sexuality policy for students. Then the trustees switched it back.

David Platt wrapped up his four-year tenure as president of the International Mission Board this past week. Clyde Meador, the former interim president and now current interim president—again—has officially taken over for now.

A presidential search is ongoing and could be completed as soon as the next trustee meeting in November.

One Season Ends, Another Begins This Week 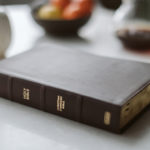