Many of us spend our lives concerned about our reputation—trying to build and maintain a good one.

But more often than not, reputation merely gets in the way.

Why? Because reputation is concerned with others’ perception of us. It answers the question: What do they think of me?

That’s the wrong question for the follower of Christ. Even pursuing a godly reputation misses the point.

Ultimately, what does it matter if everyone around you thinks you are an obedient follower of Christ, if underneath that’s not the case?

That’s why you don’t need a good reputation. What you need is good character.

We’ve seen far too many leaders, good leaders, Christian leaders, fall under the weight of a reputation unmerited by their character.

We’ve also seen far too many churches and Christian organizations try to maintain their reputations by refusing to confront grievous sins.

Instead of dealing with the problems and confronting the sin of leaders immediately, those churches and institutions chose to sweep things under the rug—until the sins were exposed and their reputation matched their damaged character.

So how can you be more concerned with character? Here are six ways to avoid bowing to the idol of reputation:

Make sure your hidden actions match your public words.

As much as possible, seek to live a consistently godly life. It doesn’t mean you’ll be perfect, but it means deception won’t be your intention or the norm.

Focus on doing good deeds without anyone knowing.

Nothing can fuel character over reputation like seeking to serve outside the view of those others.

Have people to hold you accountable, unafraid to tell you when you mess up.

Only having yes-men around may help us polish our reputation, while still tarnishing our character.

Without people to hold us accountable, we become a beautifully decorated egg with a rotten inside waiting to spill out at the first crack.

Seek to discover and evaluate others on their character, not their reputation.

If you want to cultivate character first in your own life, help others do the same.

Refuse to judge based purely on what you see on the outside, or what you’ve heard others say about them.

Accept criticism gracefully and prayerfully, especially when it comes from someone close.

You don’t have to take the words of everyone to heart, but when those who know you best bring up an area in which you can improve, listen carefully, and act responsibly.

Your goal makes all the difference. Judge and decide what to do based on becoming the person God created you to be, not how others may perceive it.

More often than not, reputation will follow character in the long run. Some may get away with fooling the crowds for a while. But that will be stripped away one day.

Others may toil away with good works in obscurity. But the time will come when those acts are revealed and rewarded. What is hidden, whether good or bad, will come to light.

Never sacrifice your character on the altar of your reputation. The Pursuit of Holiness 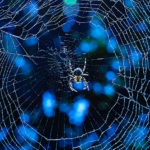