For most church leaders, the idea that their church might harbor a sexual abuser is “horrific,” says J.D. Greear, president of the Southern Baptist Convention and lead pastor of The Summit Church in Durham, North Carolina.

“Most pastors I know got into ministry to serve and protect God’s people,” he says.

“Church leaders should be the first to run to your defense,” Greear says to abuse survivors in the audience of the Ethics and Religious Liberty Commission’s national “Caring Well” conference, focused on resourcing the church to care for abuse survivors and protect people from predators.

Greear points out seven widely believed myths that keep the church from engaging the sexual abuse crisis—and prevent leaders from protecting people from abuse and making their church a refuge for abuse survivors.

Myth #1: Sexual abuse in the church isn’t really a problem.

Greear says sexual abuse has often been easily dismissed as “the latest leftist attack” on the church.

“The problem of sexual abuse in the Southern Baptist church didn’t begin in February with the publication of an article in a newspaper,” he says, citing the first in a series of pieces in the Houston Chronicle that detailed years of sexual abuse in SBC churches.

“Survivors and advocates have been calling our attention to this for years.,” he says. Many “have showed great courage in doing so—courage they shouldn’t have needed to show.”

Greear adds that believing this myth has caused some in the church to miscategorize the words of people who have sounded the alarm on this issue “as attacks from adversaries instead of warnings from friends.”

Citing that it’s wrong to characterize a survivor or advocate as “bitter” because they raised their voice when their warnings weren’t heeded, he says anger is an appropriate response—even a biblical response—in circumstances where abuse allegations are ignored or minimized.

Referencing a recent Lifeway Research study that found 1 in 10 churchgoers under the age of 35 who have left church say they have done so because abuse wasn’t taken seriously, Greear says, “When we fail to take them seriously or [attempt to] save face by minimizing them, not only do we put more people in harm’s way—we create obstacles to faith for those affected.”

He says this danger should keep church leaders more on mission than ever to protect their flocks.

“Dealing with this isn’t a distraction from the mission,” says Greear. “It is the mission. What greater lie could we tell about the gospel than for us to not be doing whatever it takes to make church a safe place for the vulnerable?”

For years, Greear says, evangelicals believed this was a Catholic problem.

“The danger of this myth is naïve,” he explains. “It relegates abuse to an ideological problem when it should be seen as a depravity problem.”

Faulty worldviews, Greear adds, exacerbate our depravity, but to brush this aside as a problem for those who believe differently from evangelicals is to dismiss people affected by sexual abuse.

Myth #3: The church is best equipped to handle this internally.

He adds that leaders err when they use Paul’s admonition in 1 Corinthians chapter six that believers shouldn’t take other believers to court.

But he clarifies that this is referring to civil litigation—not a criminal violation: “The Scriptures clearly say we submit ourselves to government authorities, because through them God has committed the execution of justice.”

If we’re dealing with a criminal issue, Greear says we disobey Scripture if we don’t get authorities involved.

Myth #4: A posture of grace requires giving the benefit of the doubt to those accused.

“God removed every stain of our sin through the cross,” he says. “If by ‘second chance’ you mean meaningful engagement in church that recognize the full forgiveness in Christ … then, yes.

“But if by ‘grace’ you mean them having another chance to have leadership over and access over those they’ve harmed … then, no. That isn’t redemptive. That’s folly.”

Greear adds that Christian teachings on grace and forgiveness never mean covering up sin in ways that expose others to harm. If an abusive leader is truly repentant they will understand that, and not pursue another position of leadership.

“There is forgiveness, hope, and restoration,” he says. “Thank God Jesus died for the abuser just as a did for the victim. … But sin has consequences.”

Myth # 5: Enduring abuse in marriage is part of learning to love like Jesus.

“Another version of this myth is, ‘People will always let you down; nobody’s perfect,’” says Greear. “Or, ‘Everybody breaks your heart, but Jesus never will … just deal with it.’”

Aside from believing—and perpetuating—this myth, many leaders, he says, are simply afraid of feeling responsible for a divorce.

“God hates divorce,” says Greear. “But God also hates abuse. We don’t enable one thing God hates to try to prevent another. Being casual or deferential as an attempt to avoid divorce is like saying, ‘Let’s do evil so that good may come.’”

Myth #6: We would know an abuser if one was in our church.

Greear says this myth might be the most pervasive—and the most dangerous.

“First of all, abusers are often very likeable,” he says. “They can be disarming and charming. They thrive in environment of naïve assumptions and no accountability, and where stereotypes rather than sober thinking rules the day.”

After all, he says, how else did prominently known abusers get to those positions of power and influence?

“If we expect abusers to look creepy or feel ominous, then we add to the (feeling of) isolation and sense that no one will believe (victims),” says Greear.

He explained how the church needs an understanding of sin that leads us to ask the right questions, not go strictly on personality instincts.

“Yes they are an essential step toward addressing [sexual abuse],” he says. “But those policies must be paired voluntarily with changes in attitude and culture.”

Greear adds that until a church develops a culture of transparency, protection, and accountability, no strategy will properly address everything.

One way, he says churches can build this culture, is through the emphasis of “meaningful membership”—where people feel known.

When meaningful membership is a staple of a church’s culture, Greear says,  people may become “close enough to sense when something is off and are willing to ask questions.”

“We’re commanded to be above reproach,” says Greear. “Any healthy, wise local church that has any understanding about gospel ministry will gladly embrace steps to that end.”

After all, he says, protecting the vulnerable from abuse and seeking justice for those wronged is a gospel issue.

“The credibility of our witness—and even more importantly, the souls of people—are at stake,” says Greear. “By caring for the vulnerable who God has entrusted to us, we can—and must—put the trustworthiness of the gospel on display.” 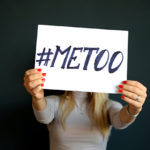 How Pastors Can Make Their Church Safe for Sexual Abuse Survivors