When I was a church planter in Denver, I had to change my approach in preaching.

During my prior pastoral assignment in West Tennessee, I was opposed to projecting Bible verses on a screen as I preached. I wanted people to bring their Bibles to church, and I wanted them to be able to find the various books quickly.

When my childhood friend Eli saw on Facebook that I was coming to his town as a guest preacher, he stepped inside a church for the first time in decades. As someone who didn’t grow up in church, he didn’t bring his own Bible.

As I started the sermon, I told everyone to open the Bible to the Book of Acts. Eli saw my then-6-year-old son quickly grab his Bible and rifle to the page, beating his brothers in the “sword drill.”

After the sermon he told me he’d never felt more out of place in his whole life. “I’ve never felt like a bigger moron than when your little boy opened immediately to the page,” he said, after needing to consult the table of contents to find his place in the Bible he borrowed from the pew.

That experience jarred me. I had to change my preference in order to reach people. My preference for people to bring their own Bibles to church was actually alienating unbelievers.

Too often, we’re unwilling to suspend our own thinking long enough to consider how an unbeliever or a new believer thinks when they walk into the room. We get trapped in our own traditions.

In 2018, nearly two-thirds of Protestant churchgoers surveyed told Lifeway Research they had invited at least one person to church within the last six months. How will these visitors evaluate our churches? Are our traditions getting in the way of reaching nonbelievers and discipling someone new to the faith?

Too often, we’re unwilling to consider how an unbeliever or a new believer thinks when they walk into our church building. Click To Tweet

The church shouldn’t be a place where people are trying to preserve their favorite songs and rituals at the expense of making the message accessible to outsiders. Reaching people—presenting the message in the most winsome and considerate way—was what the apostle Paul strived for.

He hung out with Jews. He hung out with Greeks. But there’s one more group he mentions in 1 Corinthians 9:22: the weak. I believe he’s talking about new believers—people who were still getting to know God and struggling to stay on the Way.

The previous chapter in Romans describes a controversy in the early church—a clash between cultures. In the pagan temples, animals were sacrificed to a host of gods, and temple prostitution took place. In that belief system, a man believed he was pleasing the gods if he engaged in sexual behavior with a stranger and brought an animal to be offered.

When that animal was slain, only a portion of the meat was used for the service; the rest was sold at a discount. Because Gentile Christians had come out of that culture, they could never feel good about buying that meat and serving it to their children. They would’ve felt wounded or weak in their conscience.

The Jewish believers, however, thought buying the discounted meat was good financial stewardship. They ate the meat with no problem.

These two groups started going to church together and having each other into homes. Cultures collided. The Gentiles were outraged that the Jews would eat that meat, and they judged them for doing so.

Our personal freedoms aren’t as important as our personal relationships. Winning people to faith in Christ and growing them in the gospel is the priority. — @BenMandrell Click To Tweet

Since the church was in turmoil, Paul weighs in: “Some have been so used to idolatry up until now that when they eat food sacrificed to an idol, their conscience, being weak, is defiled. Food will not bring us close to God. We are not worse off if we don’t eat, and we are not better if we do eat” (1 Corinthians 8:7-8).

Paul puts this argument in its proper place—food isn’t a spiritual issue. Nobody is written out of the will of God for chowing down some meat. The Gentiles, however, had such horrible memories with pagan sacrifice that if they ate that meat, they had violated consciences.

What does he mean—to cause them to fall into sin? Paul says it’s a sin to some people, because it violates their conscience. Christians—or even nonbelievers—shouldn’t engage in any practice that causes them to feel guilty or intentionally wounds other peoples’ hearts.

Our personal freedoms aren’t as important as our personal relationships. Winning people to faith in Christ and growing them in the gospel is the priority. How do these Pauline principles apply to the way we do church today?

Church people must be continually challenged to spend time with unchurched friends.

If you attend a worship service every week, serve for an hour on a ministry team, and participate actively in a small group, you’re hitting a triple every week—but it doesn’t get you home.

To hit the home run, you’ve got to spend some time with someone who “has not the law.” Make room in your ministry for cross-cultural experiences. Identify with an unbeliever.

Pray for people in your life and community who are far from God. Spend time with them. Encourage people in your congregation to do the same. Care about these outsiders and keep on caring about them—even when they show no interest in you.

We have to do more than make our churches “friendly” and hope new people come.

The church should hold on to traditions where there is “chapter and verse” and stand ready to release the others.

Jesus gave us two main traditions—things he wanted us to keep doing year after year, never letting them fall away.

The first one is called baptism. Jesus commanded us to introduce others to Christ, and once they receive Him, they should be submerged in water as a symbol of having their sins washed away, and their new life raised up in Christ.

The second tradition is the Lord’s Supper. We’re not told how often to conduct communion, but Jesus says to do so regularly. This represents our ongoing commitment to Christ—the reminder that it was Jesus’s body broken and blood shed that gives us hope beyond the grave.

The church must always remain open to fresh ideas; we don’t want to keep rewinding the tape and reusing methods and tools that ceased working 15 years ago. — @BenMandrell Click To Tweet

Every other tradition should be annually under review. The church must always remain open to fresh ideas; we don’t want to keep rewinding the tape and reusing methods and tools that ceased working 15 years ago.

And this is the hope for our churches—that we’ll not build a culture that feels just right to church people—with traditions that we all loved as kids. Strive to become a church that reaches all kinds of people, especially those who have never darkened the doors.

When Paul says that if eating meat causes his brother to stumble then he’ll refrain from consuming it, this has implications on how we should conduct ourselves as a church.

First, let’s acknowledge that there’s a line we can cross where we’re trying too hard to be relevant. Some pastors may even communicate to those who feel uncomfortable: “If you don’t like it, leave. We need your seat for outsiders.”

Pastors should be sensitive to all of the flock, not just the new people. Adding edgy things isn’t necessary to connect with the unchurched crowd. That’s over-contextualization. There comes a point when we’re trying too hard to fit in.

We want to speak the words of Christ in a culturally sensitive way, with as few distractions as possible. The power is not in us; the power is in the pure message of the gospel. — @BenMandrell Click To Tweet

But there’s a balance. We should strive to create a peaceful, contemporary expression of the body of Christ that demonstrates we’re focused on strengthening believers and engaging those outside our faith with the gospel of Jesus.

We want to speak the words of Christ in a culturally sensitive way, with as few distractions as possible. The power is not in us; the power is in the pure message of the gospel (Romans 1:16).

May the Lord help us to be a people that affirms the culture where we can, and that builds rapport with all types of people so that we might win some. 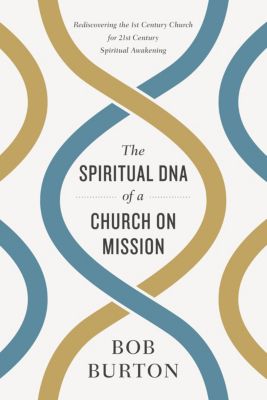 The Spiritual DNA of a Church on Mission