Bring up preaching on Revelation and most pastors will give a knowing laugh. Preachers may not be entirely confident on how the world ends, but they know for sure they’ll hear from a church member by the time their sermon series ends.

Those in the pews have varying and sometimes passionate views about interpreting end times prophecy, but so do those in the pulpit. Despite those differences, pastors and churchgoers often seem eager for more on the topic.

More than 2 in 5 U.S. Protestant pastors say they have preached on the book of Revelation in the past year, while more than 4 in 5 say they speak to their church about end times prophecy at least once a year, according to a 2020 Lifeway Research study.

Yet most pastors also recognize unique issues intertwined with preaching a sermon on the end of the world. New Testament scholar Dr. Tom Schreiner and pastor Greg Gilbert shared some of the keys to preaching and teaching on Revelation and other end times prophecies.

Gilbert, senior pastor of Third Avenue Baptist Church in Louisville, Kent., says people get excited when they hear there is an upcoming sermon series on Revelation. He says this excitement is multilayered.

“It’s a natural human response. Everyone likes a mystery with codes, symbols and hidden meanings. Those all make for a good, exciting story,” Gilbert says. “On a spiritual level, people long for the end. That’s the hope for eternity that the Lord has put in our hearts as Christians. Looking forward and beyond the world we live in is a natural Christian impulse.”

“On a spiritual level, people long for the end. That’s the hope for eternity that the Lord has put in our hearts as Christians. Looking forward and beyond the world we live in is a natural Christian impulse.” — @greggilbert Click To Tweet

Use the anticipation to draw in new listeners and provide them with a faithful, biblical perspective on the topic.

According to the Lifeway Research study, 57% of pastors say their end times views are in complete agreement with the majority of their congregation, which means a significant number have at least some disagreements. Additionally, more than 1 in 4 (27%) admit interpreting the end times is a divisive issue in their church.

More than 1 in 4 U.S. Protestant pastors (27%) admit interpreting the end times is a divisive issue in their church. Click To Tweet

For Schreiner, a professor of New Testament interpretation at the Southern Baptist Theological Seminary, part of this comes from the genre of Revelation. Being apocalyptic literature means, among other things, the book is symbolic. “Thus, it seems like a foreign creature to many in the congregation,” he says. “We have to help our people recognize that we interpret literature in a way that accords with what the writing intends to do.”

For Gilbert, he says there are varying interpretations among the leaders at Third Avenue and among those in the pew. “I was careful to tell the congregation, ‘You may disagree with me on this, but I’m the guy you hired to preach, so I’m going to tell you what I think and try to convince you. But I’m not going to say you’re heterodox if you don’t read the text exactly as I do,” he says. “I tried to treat it with the importance it has, which is some, but not everything.”

Third Avenue, unlike 56% of Protestant churches, does not have a stated position on the sequence of end times events. “It doesn’t seem to affect how you do church together,” he says of a position on the timing of the millennial reign from Revelation 20. “It’s a good faith disagreement on how the details of the biblical text work out. That works fine in the life of a church.”

Almost all pastors (94%) feel equipped to teach on future prophecies found in the Bible, yet slightly more than half (57%) say spending time studying eschatology is important.

Almost all pastors (94%) feel equipped to teach on future prophecies found in the Bible, yet slightly more than half (57%) say spending time studying eschatology is important. Click To Tweet

“I don’t think a pastor has to settle everything [about Revelation], but he does need to have settled his general approach to the book,” says Schreiner. “Otherwise, his sermons will be very unsettling.”

Schreiner says a pastor shouldn’t swing wildly back-and-forth between views in a sermon series. They may not have everything figured out, and that’s OK, but their approach to the book should be consistent. “You need to have studied the book sufficiently so that you are clear in your aim.”

They may not all agree on the time of the return, but 97% of Protestant pastors agree that Jesus will literally and personally return to earth again. In most congregations, that belief would be one that unites the church body and provides some boundaries for what is accepted.

People can disagree about certain aspects of interpretation of Revelation, but Gilbert says pastors should establish what is out of the bounds of orthodoxy. “Do the hard work that is necessary to set out the guardrails and boundaries of what is non-negotiable,” he says, “then, within those guardrails, lay out the positions.”

What different views do pastors have about the book of Revelation?

More than 4 in 5 pastors (83%) say they strongly hold to their beliefs about the millennium, including 57% who say they hold their view very strongly. Even if a pastor is strongly committed to their perspective, they should still avoid absolute certainty on disputed issues.

"In many churches, people are more apt to listen if they think pastors are fair, that the pastor isn’t simply trying to jam his eschatological view onto the people." — @DrTomSchreiner Click To Tweet

“Approach these matters with humility and recognize that good people disagree,” Schreiner says. “In many churches, people are more apt to listen if they think pastors are fair, that the pastor isn’t simply trying to jam his eschatological view onto the people. It is fine to have a particular view, but the manner in which one shares that view is crucial. We should not communicate certainty when there is disagreement.”

Gilbert says pastors should be honest about their own uncertainty while laying out the various perspectives. “Talk to your congregation straight up about what you believe,” he says, “rather than taking something in your own heart that is 70% or 80% sure but talking about it from the pulpit as if you are 100% sure. That doesn’t help anybody.”

Most pastors (60%) say preaching end times prophecies from Revelation is important. Three in 5 also say the same about preaching end times prophecies from the Old Testament. Gilbert says both of these are important. “It’s the word of God. You need to preach every bit of it,” he says. “Of course, you should preach Revelation. You also preach Haggai and Malachi as well.”

“It’s hard to preach through most texts of Revelation without having a sense of the entire book,” Schreiner says. “There are exceptions, of course, but individual texts must be framed within the context of the book as a whole.”

Focus on the main point

There are numerous ways pastors can get bogged down or sidetracked while preaching in Revelation, but both Gilbert and Schreiner say to keep the focus of the sermon on the focus of the text.

“Be sure to center on the main themes of the book,” Schreiner says. “God as the sovereign creator, Christ as the redeemer, the Spirit as the Spirit of prophecy, the need to endure and not to compromise, the judgment of the wicked, the final reward of the righteous. All these themes are very clear and should be the focus in preaching.”

“The most important thing in preaching Revelation is to preach the main point: Jesus wins." — @greggilbert Click To Tweet 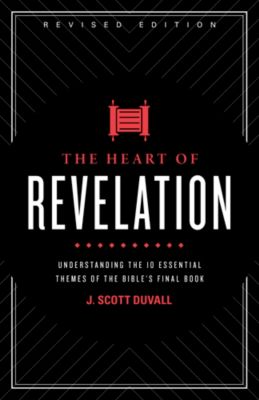 The Heart of Revelation:
Understanding the 10 Essential Themes of the Bible’s Final Book