You can’t anticipate what may bring ministry satisfaction throughout the rest of your ministry. However, we can learn what has brought satisfaction to those who are at the end of their years in ministry. These predictors you can invest in now have a proven relationship with satisfaction later in ministry.

Lifeway Research asked 2,451 pastors, ministers, and missionaries who were retired or at least 67 years old about their life, health, relationships, reflections on ministry, and how they’ve adjusted to their current life stage in a survey sponsored by Shepherd’s Fold Ministries.

These ministers of retirement age were asked three questions that combine to create a life satisfaction score. These questions and scoring were used with permission from FlourishingInMinistry.org.

Among Pastors, Missionaries, and Ministers of Retirement Age:

On this 15-point scale—15 being the highest satisfaction score—these ministers of retirement age were satisfied with life overall. But they were also asked about many other things in their lives. Four of these areas predicted higher or lower scores that give ministers actionable insights that can be applied today.

Investing in and protecting one’s health while in ministry contributes to greater satisfaction.

That means creating healthy exercise and eating habits now. It means taking the time and expense to do the preventative maintenance of visiting physicians and dentists and following through on the tests and physical therapy and medications they recommend.

Similarly, those retired from ministry who do not have physical disabilities that limit their ability to get out and interact with others have higher life satisfaction (12.2 v. 10.3). Not all disabilities can be prevented, and some are lifelong, but many can be avoided with healthy choices.

A crisis in any occupation can create a season where workers have to work harder and longer. But we must set healthy limits even during the busiest seasons. — @smcconn Click To Tweet

When your church faces a crisis such as the coronavirus pandemic, the urgency of making so many church adjustments implies those tasks are more important than a minister’s own health. Don’t believe that lie! Yes, a crisis in any occupation can create a season where workers have to work harder and longer. But we must set healthy limits even during the busiest seasons.

A day of rest, planning healthy meals, and taking time for a walk or another exercise you enjoy are vital to your continued ministry.

Taking care of the financial needs of pastors and a minister’s own contentment with those resources contribute to greater satisfaction.

To determine subjectively where a minister/missionary of retirement age was at financially we asked how much “more help with your finances” would improve their overall well-being. The independent life satisfaction scores stairstep down based on their response: Would not help at all (12.6), would help a little (12.2), would help (11.6), would help a lot (10.9).

Ministers who said they need more financial resources to get by had lower life satisfaction. But this subjective measure also includes lower satisfaction among ministers who think more finances would help when in fact they are not needed or would not address their real needs.

I don’t want to understate either of these two groups, because they both result in lower satisfaction in ministry. Many churches are not able to or choose not to pay their staff living wages. This creates real trials for the staff member and their family. This financial limitation causes a ripple effect of difficult choices that can hurt current ministry, can lower the quality of living through later years, and can impact the next generation.

But it’s equally important for a minister to be content in whatever situation they find themselves financially. There are numerous retired pastors and missionaries who responded in this survey with incredibly scarce resources and couldn’t be helped with more money. And they were among the most satisfied ministers. There’s something biblically poetic about the rhythm this expresses in their life. Money isn’t what they depend on for their daily bread.

This call to contentment among ministers doesn’t remove financial responsibility from congregations. Congregations are called to pay a worthy wage. Any employer is biblically required to pay a living wage. Providing for the finances of ministers and the ministers’ contentment with that are independent responsibilities, but also intrinsically linked to a minister’s satisfaction.

A minister’s confidence that they and their spouse will have enough money to live comfortably throughout their retirement years also predicts their life satisfaction score. — @smcconn Click To Tweet

That continues throughout life. A minister’s confidence that they and their spouse will have enough money to live comfortably throughout their retirement years also predicts their life satisfaction score: very confident (12.6), somewhat confident (12.2), not too confident (11.0), not at all confident (9.8).

Pastors’ ministry experiences and how they feel about them have lifelong impact on their satisfaction.

There are moments in ministry when ministers are flooded with needs and respond instinctively to get things done. But there are also moments when criticism is personal, when the demands don’t seem fair, and when the negativity seems overwhelming. A pastor’s emotional response in these difficult moments matter.

Pastors’ ministry experiences and how they feel about them have lifelong impact on their satisfaction. — @smcconn Click To Tweet

Those poor emotional responses to harsh words, lack of support, second guessing and other disappointments in ministry aren’t just a bad stretch. They reflect difficulty processing these feelings that are a pattern impacting future-ministry and post-ministry satisfaction.

None of those are biblical metrics. Faithfulness is the primary biblical metric of ministry and discipleship. Sometimes that does include long hours. Paul reminded the Thessalonians about the nights and days he worked as a tentmaker to not be a burden to any of them. Most ministers and most people recorded in the Bible didn’t see non-stop results achieved. When God worked, they saw amazing things. But God’s people are called to be faithful in the lean years as well as the years of plenty.

Investing in friendships and relationships contributes to greater life satisfaction. The extent to which ministers who reach retirement years can say, “I have continued to make friends in recent years” predicts their level of life satisfaction overall: strongly agree they have continued to make friends (12.4), somewhat agree (11.8), somewhat disagree (11.0), strongly disagree (10.2).

You know how to relate to people in ministry, but are you investing in building personal friendships? If you don’t work at this when you are younger, you won’t be able to make new friends in retirement. Late in life you are set in your ways. What are you doing to make personal friends today?

Once you value others with your time, trust follows which proves its value in the difficult parts of life. — @smcconn Click To Tweet

Are there realities that make it hard to build personal friendships as a pastor? Sure. But the basic step of welcoming companionship in enjoyable parts of life is no different for a pastor than any other person. So is the step that precedes it: admitting you need friends in your life. Once you value others with your time, trust follows which proves its value in the difficult parts of life.

Nothing guarantees ministry satisfaction, after all, it’s a gift from God. But any minister can be faithful by investing in these four areas. Attention to these areas will not only give a minister fuel to continue when ministry gets tough, but also provides tools to thrive in the long run. 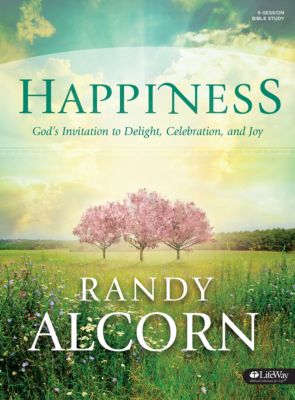