What Our “Instagramification” of the Bible May Reveal About Our Heart

In Amusing Ourselves to Death, Neil Postman wrestles with the televangelism phenomenon that was sweeping the United States in the 1980s. The entire premise of Amusing is that different media may not be appropriate for certain messages.

Much of Postman’s concern is with the ways in which television was trivializing everything from news to politics, and how “entertainment” became more important than truth.

Postman writes in his chapter entitled “Shuffle off to Bethlehem” (bold emphasis mine):

“…On television, religion, like everything else, is presented, quite simply and without apology, as entertainment. Everything that makes religion an historic, profound and sacred human activity is stripped away; there is no ritual, no dogma, no tradition, no theology, and above all, no sense of spiritual transcendence. On these shows, the preacher is tops. God comes out as second banana.

“Most Americans, including preachers, have difficulty accepting the truth, if they think about it at all, that not all forms of discourse can be converted from one medium to another. It is naïve to suppose that something that has been expressed in one form can be expressed in another without significantly changing its meaning, texture, or value.

“The executive director of the National Religious Broadcasters Association sums up what he calls the unwritten law of all television preachers: “You can get your share of the audience only by offering people something they want.”

“You will note, I am sure, that this is an unusual religious credo. There is no great religious leader—from the Buddha to Moses to Jesus to Mohammed to Luther—who offered people what they want. Only what they need. But television is not well suited to offering people what they need. It is ‘user friendly.’ It is too easy to turn off. It is at its most alluring when it speaks the language of dynamic visual imagery. It does not accommodate complex language or stringent demands. As a consequence, what is preached on television is not anything like the Sermon on the Mount. Religious programs are filled with good cheer. They celebrate affluence. Their featured players become celebrities. Though their messages are trivial, the shows have high ratings, or rather, because their messages are trivial, the shows have high ratings.

“I believe I am not mistaken in saying that Christianity is a demanding and serious religion. When it is delivered as easy and amusing, it is another kind of religion altogether”.

"… Christianity is a demanding and serious religion. When it is delivered as easy and amusing, it is another kind of religion altogether." — Neil Postman Click To Tweet

Postman was not a Christian, but Christians would be wise to heed his counsel here. What he says about preachers on TV should lead us to ask about how we steward the gospel and God’s Word on the internet. Do we make God “second banana?”

When we consider the relationship between the Bible and social media, we would do well to consider media theorist Marshall McLuhan’s famous words “The medium is the message,” meaning, “How you communicate something dramatically shapes what you’re communicating.”

Given that I have spent my career creating biblical, Christian content for the web—of the short form variety on social media and the long form variety on YouTube and blogs—I have often grappled with how Scripture and the social internet relate. The obvious, upfront concern is that the social internet has made communication cheap, fleeting, and driven by that which is most entertaining—not that which is most valuable.

Unfortunately, the conundrum in which we find ourselves is one where “entertainment value” is the full measure of a piece of content’s value or a content creator’s value!

Given this harsh reality, should we subject the holy Word of God to such potential threat of trivialization and ill-repute because it cannot measure up to modern standard of “internetainment?” Worse yet, how do we share Scripture on the internet without letting it simply become another form of entertainment?

I’ve come to the conclusion that Christians would be poor stewards of God’s Word if we don’t share it with others through this medium, but we would be wise to do so with care and with special attention given to the temptation we will face to use God’s Word as a means of personal gain. We should share the wisdom and truth of the Bible on the internet—how could we not?!—but we shouldn’t use it as a prop in the ongoing production in which we are all either actors or patrons.

Christians would be poor stewards if we didn’t share God's Word with others on social media, but we should give special attention to the temptation to use Scripture as a means of personal gain. — @ChrisMartin17 Click To Tweet

Like so many things, whether we share the Scripture in sincerity or in selfishness is a matter of the heart, which can be difficult to discern in a vacuum—this is why personal accountability is so important. Imagine you see a friend sharing a beautiful sunset image with John 3:16 superimposed over the top of it.

Ultimately, we shouldn’t be afraid of how social media may cheapen Scripture—the power of God in the Word of God cannot be thwarted by the medium itself. However, we should be concerned about how our sinful hearts may seize Scripture in one hand and the social internet in the other toward a sinful effort to make much of ourselves. This is a temptation that will always lurk in the shadows as long as we lust for attention and influence, which are the twin currencies of our digital world.

How Americans See the Bible Online

In 2017, Lifeway Research conducted a study on perceptions of Scripture among Americans, and the study included some data about how the Bible is perceived on social media.

According to the study, 47% of Americans who use social media say when they see a quote on social media and realize it’s from the Bible they don’t treat it any differently than other quotes.

47% of Americans who use social media say when they see a quote on social media and realize it’s from the Bible they don’t treat it any differently than other quotes. Click To Tweet

Within that data point, some of the demographic breakdowns are fascinating and worth attention. Here are a few noteworthy demographic angles of how Scripture is perceived on social media:

None of the demographic breakouts of this data are surprising. If you had to identify the “prime audience” for Scripture on social media, according to this data, you would identify a 45-or-older Southern Protestant woman. As a former social media manager, I can speak from firsthand experience that this data is accurate.

How does all of this affect our personal conduct on social media? We need to be aware of the bent of our heart toward sin and the effects of this bent on our social media activity. Sin leads us to all kinds of insidious actions, but the sneakier infestations of sin are often in our motives.

We need to be aware of the bent of our heart toward sin and the effects of this bent on our social media activity. — @ChrisMartin17 Click To Tweet

We should be careful about sharing Scripture on social media because our hearts are prone to pride and practicing our righteousness before others. We would be wise to regularly evaluate our motives (and ask others to evaluate us!) in regard to the content we post online.

In order to flee the temptation to practice our righteousness before others online, we must be intentional. No one stumbles into obedience more than they stumble into sin, and on social media we have been given the opportunity to stumble before an audience of hundreds or thousands. Discipleship and growing in Christlikeness requires discipline, and to grow in discipline requires intentionality.

On social media we have been given the opportunity to stumble before an audience of hundreds or thousands. — @ChrisMartin17 Click To Tweet

Sharing Scripture online can be a tremendous encouragement to anyone who sees it, but it can also be a sinful snare of self-righteousness. Discern the motives of your heart and ask the Lord to convict you and discipline you. 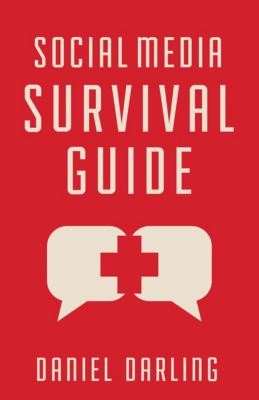