They are the gatekeepers, the advocates, the banquet holders, the disciplers to the global world in local communities here in the United States. They are the pastors and leaders of ethnic minority churches.

Because of the language barrier and the ever-flowing groups of immigrants looking for asylum or work, as well as citizens who want to retain their language and culture as they grow their families in the Lord, the ethnic minority churches exist to shepherd these people.

This past year, COVID-19 has affected American churches in general, according to several Lifeway Research studies, but it has also affected ethnic minority churches in more complex ways.

The Challenge of Finding Information and Resources

Sometimes, even for the average English-speaking American, finding truthful news can induce anxiety. How much more for those without English as their first language.

“The most difficult part of this past year was the fear that prevailed in our congregation. Of course, we need to be cautiously smart about how we go about COVID, but not be paralyzed by fear,” Kevin Tran, English Ministry pastor at Vietnamese Alliance Church of Orange in Santa Ana, California, comments.

Randy Tomlinson, a deacon at Arabic Baptist Church in Murfreesboro, Tennessee, states, “Some in our church didn’t understand why we weren’t meeting, what is Zoom, and why can’t we get together. We needed to help people understand the issues at hand which was challenging from both a cultural and language point of view. These people aren’t stupid; they were doctors and engineers and architects from their countries, but now are working on assembly lines here because of the language barrier. They just don’t have access to information the way a native English speaker would.”

“Some in our church didn’t understand why we weren’t meeting, what is Zoom, and why can’t we get together." — Randy Tomlinson, a deacon at Arabic Baptist Church Click To Tweet

Enoch Liao, lead English pastor of Boston Chinese Evangelical Church, says that for the low-income workers in his church, “There’s the challenge of undocumented folks or people who are concerned that accessing any of the services provided by the government for help during the pandemic will affect their ability to stay in the country. So, a lot of people did not request or pursue government aid because they were undocumented.”

In a similar vein, Abdel Gonzalez, lead pastor of Genesis Evangelical Free Church in Wichita, Kansas, and EFCA Midwest district director of multi-ethnic ministries, says, “It has been a very difficult time for many Hispanic churches, especially those with first-generation members. When COVID-19 happened and businesses shut down, many Hispanic people who work in restaurants, do housekeeping in homes or hotels, pack meat in plants, and other similar jobs, had to leave their homes and towns to find work elsewhere since many couldn’t claim help from the government.”

With a Lifeway Research study stating, “Almost 3 in 10 pastors say their church is currently helping immigrants (29%), while 70% say they are not,” minority churches are paving the way to help those marginalized and in need. Pastors and leaders have had to add this role of guiding their congregants on COVID information and government resources.

The Challenge of Lost Hospitality

Most, if not all, of ethnic minority churches place a high value on hospitality and this year, the lack of it has been wearying.

“As a Vietnamese church, we love gathering and eating together after church, sometimes picnicking outside. We’ve grown over the years from a small church to a large one, but we still value enjoying food together at times after service. That’s how we socialize and continue community. We’ve all missed that this year,” says Tran.

"As a Vietnamese church, we love gathering and eating together after church … That’s how we socialize and continue community. We’ve all missed that this year." — Kevin Tran, a pastor at Vietnamese Alliance Church Click To Tweet

Gonzalez adds, “Hispanics are very relational; this is probably one of the greatest strengths of the Hispanic culture. But with the limitations in gathering, we were left with very few ways to build the body. Eating together and spending time together after church and in homes was how we knew the needs in the body so we could help and pray for our brothers and sisters.”

Tomlinson also comments, “The Arab culture is built around hospitality; so the idea of not getting together and not fellowshipping in person together is difficult. Trying to explain why we can’t meet in the fellowship hall and pack 50 people in there, sitting shoulder to shoulder over a potluck meal, has been a challenge.”

For ethnic minority churches, they didn’t just lose going to a weekly in-person worship service this past year; they lost their churches’ weekly time of breaking bread together.

The Challenge of Racism

For Asian members in Asian churches, it has been a difficult year not only in terms of COVID as a pandemic, but as a racial instigator towards hate.

“Here in Boston, there’s a high concentration of Asians affected because they are low-income, blue-collar workers in the service industry, having jobs in housekeeping, hairstyling, and restaurants. The fact that some called COVID-19 ‘a Chinese virus’ affected the economy of Chinatown, and the willingness of people to come to Chinatown here in Boston,” says Enoch Liao.

Liao also tells the story of how his friends in a local nonprofit working with domestic violence clients among Asians, have seen people say hateful words to their Asian clients who were trying to go through the doors of the center.

Asian-American domestic violence survivors in Boston were forced to deal with the pandemic, violence at home, and verbal threats due to racism as they attempted to visit a counselor. Click To Tweet

“An Asian person affected by domestic violence, already stigmatized, already stereotyped with the narrative of Asian patriarchy, already faces many challenges,” he says. “When the pandemic hit, domestic violence survivors had a difficult time in the home already. Not only are they confronted with the threat of experiencing more abuse because they’re not allowed to go out, but they also can’t talk to their counselor, they can’t get to their legal case work, and they’re fearful of going to the center for fear of anti-Asian sentiments or violence.”

Hatred because of race is not just a political and cultural issue. It’s a spiritual one. A recent Lifeway Research study shows only “46% of Americans say we have made worthwhile progress in race relations—28 points fewer than in 2014 when 74% said the same.” Ethnic minority church pastors and leaders must counsel and guide their members through a variety of emotions dealing with race this past year due to COVID and other tensions in our country.

Ethnic minority church pastors and leaders must counsel and guide their members through a variety of emotions dealing with race this past year due to COVID and other tensions in our country. Click To Tweet

The Challenge of Discipleship

“In our church, there is a very wide range of concerns. You have some younger people, who think they’re invincible so don’t think COVID’s a big deal,” Liao states. “And then there are other people who are really upset and hurting with the wide range of fears and hardships because of COVID and because of the ethnic Chinese associations that come with it. It’s been challenging as a pastor because every member in the church needs to be discipled individually and uniquely, because everyone’s views and experiences are different.”

“COVID has been devastating to the Hispanic churches,” Gonzalez laments. “When it happened, it nearly killed many of our churches and did kill some of them. Not only did churches lose people, but COVID weakened already financially instable churches. Many churches also lost a lot of lay leaders, those who have had to move to look for work. Churches were shaken to the core.”

"It’s been challenging as a pastor because every member in the church needs to be discipled individually and uniquely … .” — Enoch Liao, a pastor of Boston Chinese Evangelical Church Click To Tweet

Victories for the Ethnic Minority Churches

Despite all these challenges, God continues to reveal His handiwork in small victories for the ethnic minority church.

Tran says, “We’ve seen the faithfulness and persistence of God’s people, attending church, studying the Bible, serving, even when it’s through Zoom or outside. The English ministry has seen a 10% increase in giving this past year despite all the challenges, which is amazing!”

“We had far more people dialing into our online church than we ever had in person at church,” Tomlinson also comments. “A lot of the immigrant community works very, very hard. In many cases these folks are working marginal employment types of jobs, and they’re taking what shifts they can get; many times it’s a weekend. Going virtual opened the opportunity for some of these people to come home Sunday night, or sometime during the week, and dial in and hear the sermon and worship. Plus, putting more Arabic Christian content online has been beneficial especially for those in the Muslim community, where showing up at a church building isn’t feasible.”

"The church has a heart to train the next generations of leaders more than ever before.” — Abdel Gonzalez, pastor of Genesis Evangelical Free Church Click To Tweet

Gonzalez adds, “Involving the second generation because they have more understanding of technology has forced our churches to disciple the younger generation more, helping them own the ministries for themselves. The church has a heart to train the next generations of leaders more than ever before.”

“Although the pandemic exacerbated the racial tensions, recent events provided opportunities and platforms to speak,” Liao shared. “I participated in a neighborhood vigil with community members, including several city counselors, for the victims of the Atlanta shooting and was able to read Scripture and pray publicly in the name of Jesus. By God’s grace, people were encouraged and came up and thanked me. It was a win to speak the hope of the gospel to the community.”

Even through their own struggles, Vietnamese Alliance Church of Orange partnered with the Red Cross to collect blood donations; Arabic Baptist Church leaders continued to help with language learning for immigrants; Boston Chinese Evangelical Church was recently invited by the Boston school district to provide volunteer virtual teacher’s assistants for overworked teachers; and Genesis EV Free Church collected funds to resource their community with food, medical bill payments, and other needs.

These successes are just some of what God is doing among His people. The snapshots of these churches reveal some of the intricate obstacles ethnic minorities and their churches have to overcome, unique to them. Not all ethnic minority churches have the same challenges and victories, even within the same ethnicity. Thus, listen to, learn from, pray for, and partner with the ethnic minority church in your own community. In doing so, you are reaching the world with the gospel for the glory of God. 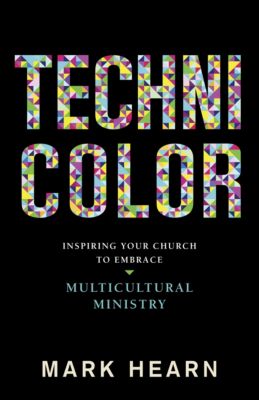