Most teenagers follow in their parents’ religious footsteps, but some groups do better at retaining the next generation than others.

Among evangelicals, Catholics, and unaffiliated parents, around 4 in 5 teenagers share the religion of their parents. Only 55% of teenagers with mainline Protestant parents say they are also mainline, according to Pew Research. Click To Tweet

For evangelicals, 80% of teens share the faith of their parents. Few teenagers with evangelical parents say they are mainline Protestant (6%) or Catholic (1%). And among those raised in a Christian tradition, evangelical teens are the least likely to become religious unaffiliated (12%).

Teens with Catholic parents share their mom and dad’s faith around the same rate as evangelical teens (81%). Fewer say they are part of other Christian traditions—1% each say evangelical and mainline—but more say they’re unaffiliated (15%).

Mainline parents are the least likely to have teens who share their belief system (55%). Around 1 in 8 (12%) say they’re evangelical, 4% say Catholic, and almost a quarter (24%) are unaffiliated.

Teenagers whose parents are unaffiliated are the most likely to retain their parents’ religious perspective (86%). Still, some of those teens do say they are evangelical (2%), mainline (3%), or Catholic (5%).

Slightly fewer religiously unaffiliated children remained so as adults (53%). Among those raised without a religion that embrace a faith as an adult, 19% become evangelicals, 17% join another Christian tradition, and 10% become part of a non-Christian faith. Still, the percentage of Americans who identify as unaffiliated continues to increase because most of those leaving a religious group become unaffiliated.

A similar correlation exists between the frequency of prayer among parents and their teenagers, as well as how important the parent and teen say religion is in their life.

Despite the overall positive findings for evangelicals, one aspect of Pew’s study does reveal a troubling trend. The older a teenager is, the less likely they are to identify as an evangelical. Among teens in the 8th grade or lower, 26% say they are evangelical. That falls to 20% among those in 9th and 10th grade and 18% of high school juniors and seniors. Overall, 24% of 13- and 14-year-olds are evangelical, while 19% of those 15 to 17 say the same. No other religious group sees such a drop with ages.

The 2017 Lifeway Research study of church dropouts found a similar acceleration of leaving behind church attendance as teens aged. Almost 70% of teenagers who were at one point regular churchgoers were still attending at age 17. That fell to 58% at age 18 and 40% at age 19. Once they reached their 20s, around 1 in 3 say they were attending church regularly.

Scott McConnell, executive director of Lifeway Research, says as those church-attending teenagers reach their late teen years, “even those with a history of regular church attendance are pulled away as they get increased independence, a driver’s license, or a job.”

For Ben Trueblood, director of student ministry at Lifeway, those numbers speak to the issue at hand. “We are seeing teenagers drop out of church as they make the transition out of high school and student ministry,” he says. “This moment of transition is often too late to act for churches. There are steps we can begin taking with those currently in student ministry that will keep them connected from the beginning of these years.”

Trueblood also says churches should have a strategic focus on individuals during those traditional college years when many fade away from church life. “In many places this is a forgotten, under-resourced ministry area. Focus is placed on children, students, and then not again until someone enters the ‘young family’ stage. This needs to change.” 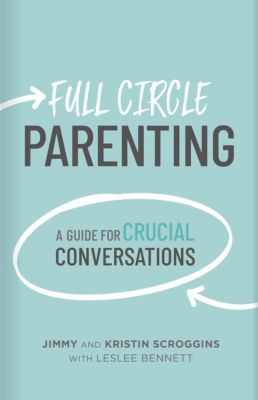