Have you ever imagined what it was like to live in another century or a completely different point in history? As a kid, my family always drove for family vacations, and I would often daydream looking out the window at the scenery. I would see a factory and dream of managing the assembly line and making improvements to the process. Each daydream was quick, because new cities, buildings, or farms would trigger more possibilities.

When I went to college, my dreams of managing a business still reflected elements of those factories I had seen from our car. In my first management class at Wharton, however, we basically spent the entire course learning the age of American manufacturing had passed. I was born in the wrong century.

For many pastors today, the seminary courses or books they have read about American church growth are beginning to have the same feel. These classes and books are more about church history than they are about leading today.

It is easy to look at church life today and long to be serving in the days of rapid church expansion after World War II. Many of the principles of the Church Growth Movement contain helpful wisdom. But these tips were for an era when the most important thing was not messing up the fact that people would come to your church.

Now, many struggle with the reality that people won’t come to your church. We go long stretches before anyone arrives spontaneously. We are not in danger of running out of parking spots. There is little chance we will hit the 80% full mark in our worship center. We almost have to pick our jaw up off the floor when we meet a new person at church.

That’s not to say that God cannot bring growth to churches. But this is a different generation than the one our mentors and teachers served. This is a different cultural climate that is less accepting of churches and their beliefs. But even more common is the conviction that church is simply not relevant today. So how are we to lead and serve in this post-church growth period? The answer to two questions should help guide us.

What Is the Right Assessment of My Current Situation?

Amidst these historical changes, the mission of the church has not changed, and Lifeway Research exists to help you navigate these changes and to understand the changing ministry dynamics around us. We believe one of the most important things for a pastor to come to grips with is their own attitude about the time in which we live.

What if God called you
to serve Him in a time of declining faith?
Would you serve Him gladly?

What if He asked you
to serve in a dark season?
Would you give your all to spreading His light?

What if His calling came
during a time of pain and suffering?
Would you consider it an honor to endure such trouble?

What if the place you were called
was long past its glory days?
Would your zeal for the task be any less?

What if your time to serve
came when your people were oppressed?
Who would you look to for deliverance?

In 1 Kings 20, Israel had just defeated King Ben-hadad and armies of Aram. The king’s servants suggested strategic changes, including fighting the war on the plain instead of the hills. While this new strategy was an improvement, the leaders of Aram made a key miscalculation. They spoke of Israel saying, “their gods are gods of the hill country. That’s why they were stronger than we were” (1 Kings 20:23).

The next spring, Aram came ready for battle on the plains. But a prophet told the king of Israel, “Because the Arameans have said, ‘The Lord is god of the mountains and not a god of the valleys,’ I will hand over all this whole huge army to you. Then you will know I am the Lord” (1 Kings 20:28). Despite the strategic improvements and refortified army of the Arameans, they were defeated.

As we consider ministry today, it is easy to see the forces that oppose the church as coming with superior numbers, greater tactics, and real advantages on today’s battlefield. But the Lord is God of cultures that are majority Christian and those that are majority non-Christian. Jesus Christ is head of His Church during times of numerical growth and times of numerical decline. The Lord is seated on His throne whether people in our society are turning toward Him or away from Him.

If our position in society or our position in our church depend on whether we are “winning” numerical trendlines, then our anxiety levels should be off the chart. If our credibility as teachers of the truth depends on how many people believe the truth, then prepare for your reputation to be a constant roller-coaster. But if our legitimacy as pastors or church leaders is based on Who we are pointing people to, then we stand on an unchanging rock and in a peaceful place in the midst of any storm.

As children of God, we do not live in a democracy. The Lord’s power and His place do not depend on the number of people who acknowledge His name. He is Lord, and there is no other.

Am I Rightly Dependent on God?

Pastoring in the 2020s requires a consistent focus on the Lord’s position. Our love for Him, our devotion to Him, our fear of Him, compel us to share with others who He is and how they can have a relationship with Him through Jesus Christ.

Asa, king of Judah, did what was good and right in the sight of the Lord. Unlike most of the kings of Israel and Judah, the writer of 2 Chronicles specifically says “the Lord his God.” Asa came to power when following God was not popular. He remained focused on who God is and made it clear to others that this unpopular God was his God.

In 2 Chronicles 14, a long period of peace ends for Asa when a Cushite army that outnumbered his 3 to 1 and who possessed superior technology (chariots) came against his army. Asa appealed to God saying, “Lord, there is none besides you to help the mighty and those without strength. Help us, Lord our God, for we depend on you” (2 Chronicles 14:11).

There is no better pastoral perspective for the 2020s than looking to the only One who has been worth turning to at any point in history. — @smcconn Click To Tweet

There is no better pastoral perspective for the 2020s than looking to the only One who has been worth turning to at any point in history. This can be a decade of dependance as we acknowledge the Lord is God and there is none besides Him. We can appeal for His help as we depend completely on Him. 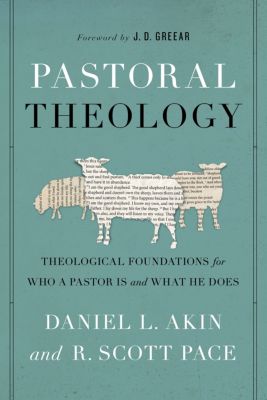 Pastoral Theology: Theological Foundations for Who a Pastor Is and What He Does