At the Southern Baptist Convention 2021 in Nashville, Tennessee, messengers passed Resolution 8 On The Uyghur Genocide, to “condemn the actions of the Chinese Communist Party against the Uyghur people.” But many are still unsure of who the Uyghurs are and why it matters.

The Uyghurs and Their Plight

The Uyghurs (pronounced ‘wee-ghurs’) are an ethnic minority group, predominantly living in the area of Xinjiang, a province in western China. They are of Turkic descent and most are Muslim in faith, with their own language similar to Turkish. Twelve million Uyghurs live in Xinjiang, but over the years, more Chinese of Han descent have been moving in the region, some say instigated by the government to diminish the Uyghurs’ presence there.

According to the U.S. Department of Labor, more than 1 million Uyghurs have been arbitrarily detained in re-education camps and detention centers. In Egypt, United Arab Emirates, and Saudi Arabia, Uyghurs have been extradited back to China at the request of the Chinese government, some never to be seen again. Their crime? Being Uyghur. Many are forced into labor, picking cotton, as well as tortured, abused, sterilized, and indoctrinated and ‘re-educated’ into Chinese Communist propaganda.

According to the U.S. Department of Labor, over 1 million Uyghurs have been arbitrarily detained in re-education camps and detention centers. Click To Tweet

Among others, the U.S., Canadian, and British governments have called out China’s actions as “genocide.” And 39 countries at the United Nations condemned China’s abuses toward Uyghur people, with some calling for China to grant the visitation requests of U.N. High Commissioner for Human Rights Michelle Bachelet to investigate Xinjiang.

China denies all claims of abuse and genocide and states any action is taken only in instances to thwart separatism and fight against militant Islamic forces.

While indeed combating terrorism is happening, many report militant and police security and discrimination against all Uyghur people, their population, culture, and faith. A complete people group can potentially be erased if China is allowed to ‘re-educate’ men, women, and children, while sterilizing and mandating birth control for their women. One report shows birth-rates already dropping among the Uyghur by 48.7% between 2017 and 2019.

Valuing the Imago Dei in All Humanity

As Communists, the Chinese government has fought for a unified country and people. But at the cost of freedom of speech, press, and religion, among other rights, it’s a vision that in the end takes away the value of the imago dei in each individual person and should be denounced.

As Christians who believe that all humans are made in the image of God and have dignity and value, we follow in Jesus’ steps in fighting for the marginalized. — Y Bonesteele Click To Tweet

For some, it seems odd for Christians to fight for the rights of Muslim people to worship and live and exist as they please. But as Christians who believe that all humans are made in the image of God and have dignity and value — whether they believe in Jesus Christ or not — we follow in Jesus’ steps in fighting for the marginalized. Proverbs 31:8 calls us to “Speak up for those who have no voice, for the justice of all who are dispossessed.”

Remembering the Kingdom of God is Global

In the U.S., it is easy to stay focused on our piece of the world and not be aware of what is happening globally. It would be easy to only concern ourselves with the ministry conflicts, both trivial and serious, in our churches and communities. Why should we care about the Uyghurs? They’re on the other side of the world.

We care because God cares. When He grieves, we grieve. Most of this people group is still waiting to hear the good news of the gospel. Opportunity still exists to help them see the hope of salvation through Christ Jesus. Throughout the world, the Uyghurs may find hope impossible. As Christians, we know Christ is the hope they need.

Throughout the world, the Uyghurs may find hope impossible. As Christians, we know Christ is the hope they need. — Y Bonesteele Click To Tweet

Resolution 8 on Uyghurs is a reminder for all Christians, whether Southern Baptist or not, that there is much work to be done and the first step is revealing our dependence on God through prayer. Prayer for His kingdom to come. Prayer for His will to be done. Prayer for the plight of marginalized and oppressed humanity at the hands of humanity. Though sometimes we feel powerless, we know God is powerful. Though sometimes we feel sin is too pervasive, we know Christ sacrificed His life to save us all.

When we pray for those we don’t know or those on the other side of the world, we’re reminded of an all good, all powerful, all loving God who desires that no one perish. We may not always know His plans, but we do know they will be accomplished for His glory.

The Hope of the Gospel

With any people group, subgroup, or persons who may initially be resistant to the gospel message, in caring for them, loving them, understanding their situation, we open up doors for the message of good news to break through. So, we not only pray but we speak up. We call out oppression and stand up for the dignity and value of all mankind, saying, “You matter to us because you matter to God.” When that happens, hearts will be softened and true hope, that only comes from Jesus, will be embraced.

We call out oppression and stand up for the dignity and value of all mankind, saying, “You matter to us because you matter to God.” — Y Bonesteele Click To Tweet

Resolution 8 against Uyghur genocide reminds us all that God’s image binds us to each other. All human life is precious and should be allowed the opportunity to flourish, to one day hear the hope of Christ crucified, buried, and resurrected for the salvation for us all. For me, for you, for the Uyghurs. 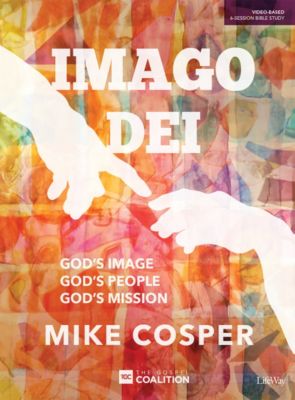