“An ounce of prevention is worth a pound of cure.” Ben Franklin’s famous axiom has a very practical origin.

He noticed men in Philadelphia exhibited bravery in fightings fires, but the city faced those blazes far too frequently. The founding father proposed ordinary citizens exercise more care in handling potential fire-starting situations and the training and equipping of firefighters to handle those flames that would spread. Franklin’s advice helped reverse Philadelphia’s poor safety record.

As we think about ministry in the local church this coming decade, there are many things poised to spark flames. After pastors and church leaders ask the two questions that will determine ministry success, it is essential we have the right mindset to be prepared for these challenges.

It is often difficult to discern if hardships in ministry are Satan’s attacks, tests of our faith, the effects of sin in our fallen world, or actual punishment. Many times, trying to get to the root cause doesn’t help us in any way. In the midst of these hardships, more than asking why, the important question is: How will I respond when troubles continue to come?

Difficulties are not new. The church has experienced intense periods of conflict, persecution, scattering, war, plagues, famine, and more. Previous church leaders have led faithfully during these intense and sometimes extended periods of hardship.

Historically, the seasons of true peace and comfort for the church have been the exception not the norm. The normative experience has included one difficulty or another. But the church in the United States has experienced relative peace for generations.

Historically, the seasons of true peace and comfort for the church have been the exception not the norm. — @smcconn Click To Tweet

The church has not been scattered; instead, volunteer missionaries have been sent throughout the world. The Western church has experienced little persecution, but instead, has enjoyed decades of unusual cultural agreement with many biblical teachings.

Food has been abundant for most Americans. Wars have been fought on foreign soil. And the impact of many faithful saints have been enjoyed throughout their long lives and their teachings captured for future generations.

Increased hardships, however, have been appearing. The coronavirus plague dramatically began this decade and directly affected churches. By February 2021, 88% of churches had someone in their congregation diagnosed with COVID-19, and 29% had someone die from the virus.

Numerous pieces of legislation and lawsuits threaten to move cultural norms further from biblical teaching and possibly to the removal of protections religion has long enjoyed. Seven in 10 Protestant pastors believe religious liberty is on the decline in America.

Conflict is frequent within churches and within denominations. In their previous church, 64% of pastors personally experienced conflict.

Even in a good year, more than one in five churches face economic hardship. Economic volatility has been much more common since the Great Recession.

The impact of divorce, abuse, and mental illness impact large numbers of people in our society. And the church is not excluded. Four in 10 churches have had at least one couple divorce or separate in the last year. Three in four pastors (74%) know someone who has been diagnosed with clinical depression, and 59% have counseled someone who later was diagnosed with an acute mental illness. Sixty-four percent of pastors agree domestic or sexual violence occurs in the lives of people in their congregation.

It is possible some of the increase is only an increase in awareness of things once hidden and hushed. But these crimes, sins, and diseases have a real impact on individuals, churches, and society. Additional personal tragedies stem from cancer, heart disease, and countless physical ailments.

With so many potential sources of harm to a congregation, it is important that a pastor has the right perspective. But a pastor must also expect these assailants to continue to affect their church. James tells us we should consider it a “great joy” when trials and troubles come because God uses them to make us mature in our faith.

The first step toward preparing a healthy mindset for ministry in the coming decade is to expect painful assaults and heartbreaking troubles to persist.

For an athlete, a mindset of giving your best for four quarters doesn’t work well when the game goes into overtime. There are many times when ministry goes into “overtime” and you have to be ready to respond. You should think of ministry more as “today,” and less as a specific time period with a set beginning and set end.

Because of the unpredictability of church ministry, your rhythm as a pastor should include work and rest. One form of rest is a weekly day of rest, but periodic vacations and retreats are also needed. Too often, we are slow to schedule time off. Too often, we limp into these rest periods with nothing left to give.

A reality of ministry is that certain needs are a priority, and you don’t get to pick when they happen. Much like preparing for the possibility of overtime in a game, save some energy in your tank to share the love of Christ in those spur-of-the-moment opportunities.

The boundaries you protect on a daily basis to spend time with God, take care of yourself, and spend time with family will give you the ability to step up when a true ministry priority arises. — @smcconn Click To Tweet

If every day feels like overtime for you, then you need to create shorter work shifts with rest or mental breaks in between. The boundaries you protect on a daily basis to spend time with God, take care of yourself, and spend time with family will give you the ability to step up when a true ministry priority arises and needs your overtime attention.

Pastors should expect hardships and plan for overtime during the next decade of ministry. But one of the ways to face those challenges is to find help from others.

In pick-up basketball games, one of two things usually happen: either the players with the most skill hog the ball, excluding those with less skill, or the good players work to set up the lesser players for success.

In most situations, teams that adopt the “don’t pass to weaker teammates” approach have less success. The defense recognizes the strategy and collapses on the good players making it twice as hard for them to score. Teams that work to involve the lesser-skilled players are able to open up the defense, create more chances, and give the good player a moment to catch their breath.

While 35% of pastors say they feel isolated in their role, it doesn’t have to be that way. — @smcconn Click To Tweet

While 35% of pastors say they feel isolated in their role, it doesn’t have to be that way. If we apply the basketball illustration, the pastor is the skilled player. The pastor has to decide if they are going to try to score all the points themselves or involve other, potentially weaker, players. In the short run, it seems best to do the next ministry task yourself. However, involving others as often as possible makes the team better and, over time, some of them will prove to be skilled players as well.

You can likely think of ministry stories where attentive members of your congregation saw a need and stepped in to help. But you also can likely list dozens of times when the proud, individualistic, American mindset persuaded you to do it all yourself.

Being a lone ranger in the church should be a badge of shame, not honor. Christ designed His church to require complete dependence on Him and interdependence with each other.

Being a lone ranger in the church should be a badge of shame, not honor. — @smcconn Click To Tweet

A pastoral mindset for the coming years must expect hardship and overtime. But rather than turning inward to strictly defend your church, prioritize and include your congregational team in every play your church runs. The work of the church is teamwork. Ounces of preparation now will save your church from having to invest in pounds of cure in the coming days. 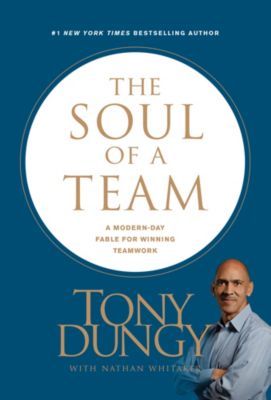 The Soul of a Team: A Modern-Day Fable for Winning Teamwork