Like a good, alliterated sermon, in the fall of 2020, pastors preached on the pandemic, politics, and prejudice.

According to Pew Research analysis of sermons posted online between August 31 and November 8, 2020, 83% of congregations heard at least one sermon mention COVID, 67% the election, and 44% racism. Not only were pastors more likely to mention the pandemic, but they were also more likely to broach the topic multiple times in their sermon. More than half of sermons (51%) that mention COVID did so at least twice. Slightly fewer sermons on the election bring it up multiple times (46%). Around a third of sermons that talk about racism (35%) do so more than once.

In the fall of 2020, 83% of congregations heard at least one sermon mention COVID, 67% the election and 44% racism, according to analysis from Pew Research. Click To Tweet

More sermons have been made available online due to churches adopting new technologies during the pandemic, though certain churches are still more likely than others to share messages digitally. Prior to the spread of COVID-19, fewer churches had a livestream presence. In fall 2019, Lifeway Research found 41% of U.S. Protestant churches did not livestream or post their sermon online. By April 2020, 97% of churches offered some type of digital worship service. In a February 2021 study, Lifeway Research found 85% of Protestant churchgoers said their church offered a livestream of the service and 76% said their church posted a video to watch later.

As Pew analyzed the collected sermons, many common themes stood out, but churchgoers in different denominational traditions were likely to hear sermons stress different issues last fall. Even sermons on the shared topics of the election and racism sounded unique in different settings.

Protestant churchgoers heard more sermons on COVID than their Catholic counterparts. More than 8 in 10 evangelical (82%), mainline (85%), and Black Protestant churches (85%) had at least one sermon that mentioned the pandemic last fall. Fewer Catholic congregations (69%) had the same experience.

More than 8 in 10 evangelical (82%), mainline (85%) and Black Protestant churches (85%) had at least one sermon that mentioned the pandemic last fall, according to Pew Research. Click To Tweet

In sermons mentioning COVID-19, mainline (56%) and Black Protestants (63%) were more likely to hear multiple mentions of the pandemic than those at evangelical (48%) or Catholic churches (45%).

Catholics were the least likely to hear a sermon directly mention the 2020 election (41%), while majorities of mainline Protestant (63%), Black Protestant (63%), and evangelical Protestant (71%) churches heard at least one sermon that talked about the election.

A little more than a quarter of all sermons posted online that were analyzed by Pew mentioned the election (28%). While evangelical churches were more likely to hear at least one message on the election, among all sermons at those churches, only 29% mentioned the topic—fewer than mainline (31%) or Black Protestant sermons (38%). Catholic sermons (19%) were the least likely to bring up the election.

When sermons discussed the 2020 election, they were more likely to discuss issues, candidates, or parties (46%) than simply encourage congregants to vote (20%). Evangelical Protestant sermons were the most likely to bring up issues, candidates, or parties (48%), compared to 40% of mainline, 38% of Black Protestant, and 36% of Catholic sermons. Black Protestants (43%) were the most likely to a hear a sermon encouraging members to vote (43%), while evangelicals (22%), Catholics (20%), and mainline Protestants (15%) were far less likely.

Only 1% of U.S. Protestant pastors said they endorsed a political candidate during a church service in the fall of 2020, according to Lifeway Research. Click To Tweet

Pew Research could not find an explicit endorsement of a candidate in the sermons they analyzed. That supports a 2020 Lifeway Research study of U.S. Protestant pastors that found only 1% said they actually endorsed a politician during a church service. Of the 535 sermon segments in Pew’s analysis that discussed the election, few even advocated directly for a party. Researchers labeled 35 as promoting Republicans and 26 for Democrats.

Half of mainline (50%) and Black Protestant churches (52%) heard sermons on racism, compared to 41% of evangelical congregations and 32% of Catholic churches. Those at evangelical (34%), mainline (35%), or Black Protestant churches (39%) were more likely than Catholics (25%) to have heard multiple mentions of racism in sermons addressing the topic.

Half of mainline (50%) and Black Protestant churches (52%) heard sermons on racism, compared to 41% of evangelical congregations and 32% of Catholic churches, according to analysis from Pew Research. Click To Tweet

While the Pew Research sermon analysis is limited in that it only gathers messages posted online, it does provide a snapshot at how churches across the nation and in different traditions spoke about dominant cultural issues in the fall of 2020.

Often times, churches may share theological commitments but use different terminology to address relevant topics. Pastors should be aware that churches across town and even people within their pews think differently, including on matters of politics and race. This doesn’t require pastors to change or even soften their positions or opinions, particularly those that are rooted in Scripture. It may mean, however, that pastors and church leaders may need to intentionally speak with grace and understanding for those who approach issues differently or speak from differing perspectives.

Churches who “contend for the faith that was delivered to the saints once for all” will speak timeless truths to timely matters, while those driven by the cultural winds of the time will find themselves constantly chasing relevancy. Click To Tweet

Pastors and church leaders should strive to speak to but not be captured by the current moment. It takes holy discernment to recognize which issues are simply the watercooler talk of the day and those that have significance. Churches who seek to “contend for the faith that was delivered to the saints once for all” will speak timeless truths to timely matters, while those driven by the political and cultural winds of the time will find themselves constantly chasing relevancy. As C.S. Lewis wrote in The Four Loves, “All that is not eternal is eternally out of date.” 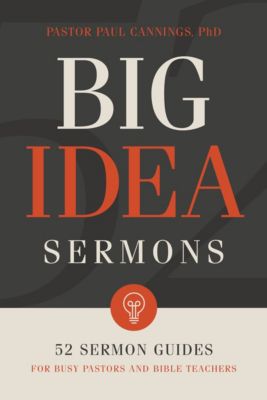