The latest giving study from Indiana University’s Lilly Family School of Philanthropy found slightly less than half of U.S. households (49.6%) gave to a charity in 2018. The average amount donated that year was $2,581. The media amount per household was $850, which means that half of donation amounts were above that number and half were below. In 2006, 65.5% of households made charitable donations with an average of $2,213 and a median of $870.

Slightly less than half of U.S. households (49.6%) gave to a charity in 2018, according to Indiana University research. Click To Tweet

“The overall pie (in giving) is slowly moving towards the ultra wealthy,” John List, an economics professor at the University of Chicago who studies giving, told Religion News Service (RNS). He added that this shift can be dangerous. “Rich people give to causes that rich people want to give to,” he said. “You have a very different supply of goods and services from the charitable community when the rich people give versus when the middle-class or lower-class gives.”

Religious organizations receive 60% of the average U.S. donor’s giving. Another 10% goes directly to needs-based groups, 9% to combined purpose organizations, 5% to education, 4% to health, and 11% to other charities.

The study found only about a third of households headed by someone under the age of 40 gave to charity in 2018, a trend Una Osili, the associate dean for research and international programs at the Lilly School, told RNS she believes will be a challenge for charities.

“What are the factors that will bring them into giving? Especially if they are not attending services and not participating in networks that will lead to giving,” she said.

Overall, those who give more are more likely to volunteer. Of those who did not make any charitable donations, 13% volunteered. Among those who gave $2,500 or more, 56% also gave their time.

Only 29% of U.S. households made donations specifically for religious purposes or spiritual development, including churches, synagogues, mosques, or TV ministries, but not other charities run by religious organizations. The percentage giving for religious purposes has dropped in each study since 43% gave for such reasons in 2006.

Only 29% of U.S. households made donations specifically for religious purposes or spiritual development, down from 43% in 2006, according to Indiana University research. Click To Tweet

Meanwhile, the average donation has increased in each study from $2,050 in 2006 to $2,656 in 2018. The median annual giving to religious causes was $1,000 in 2018. Religious giving levels first topped $1,000 in 2012 and have remained above that level in three of the past four studies from the Lilly Family School of Philanthropy.

Among current donors to religious organizations, 73% of their donations go to religious causes, 7% to needs based groups, 7% to combined purposes, 4% to education, and 9% to other charities.

Compared to U.S. donors overall, those giving for religious purposes are more likely to be married (61%) and slightly less likely to have a college degree (47%). Their median income is less ($79,900), but their media age is older (61).

More than a third of those with a college degree (37.9%) or post-graduate work (37.6%) made charitable donations to religious groups. Fewer among those with some college (30%) and those with a high school diploma or less (20.5%) said they gave in 2018.

The shrinking and aging number of donors to religious causes may indicate trouble for churches who are already reeling from COVID-induced giving decreases.

23% of U.S. Protestant churchgoers say they gave less of their income to their congregation in 2020, according to Lifeway Research. Click To Tweet

In September 2020, close to half of pastors (48%) told Lifeway Research the economy was negatively impacting their congregation. Few (15%) said the economy was providing a positive impact, while 35% said it was having no impact.

For close to half of churches (45%), giving in 2020 was about what was budgeted. A third (33%) said it is lower than budgeted, while 21% said giving was higher. When compared to the previous year, 35% said giving dropped, 32% said it was the same, and 29% said it was above 2019’s levels.Those numbers have accelerated a downward giving trend. 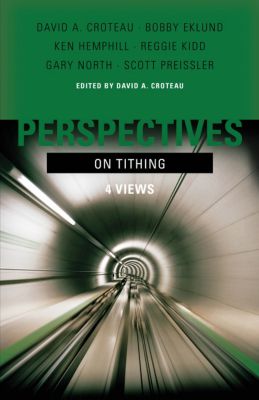