Ten years ago, that question meant, “Does your church have a Facebook page?” Today, that question could mean, “Can I be a part of your congregation by watching your worship service, participating in small groups, and joining prayer times all through the Facebook app?”

According to Lifeway Research, more churches streamed their services during the pandemic than ever before. Facebook noted that the week of Easter 2020 saw more group video calls and more live broadcasts from religious pages than any other time in the history of the social media platform. As churches return to in-person gatherings, Facebook would like churches and churchgoers to stay connected—but still through their site.

The tech company is rolling out a new prayer request feature. According to Religion News Service, group members can post prayer requests and others can then click a “pray” button to note they’ve prayed for the request. But Facebook wants to go beyond the individual user to partnering directly with churches. The social media giant has reached out to religious congregations across the country to further integrate Facebook into the regular practices of faith groups, according to the New York Times.

At a gathering for faith leaders in June 2021, Sherly Sandberg, Facebook’s chief operating officer, expressed hope that in the future, churches and other organizations “will host religious services in virtual reality spaces as well, or use augmented reality as an educational tool to teach their children the story of their faith,” according to the Times.

The pandemic and quarantines forced many churches to explore the use of technology in new ways, but that trend had already begun well before 2020. As faith seemingly becomes another part of our lives inextricably linked to technology, how should Christians and church leaders think about technology for their personal and congregational lives?

The relationship between God’s people and technology did not start with the development of the world wide web. It didn’t begin with TV and radio ministries of the 20th century. The connection started long before the first Gutenberg Bible came off the printing press. You’ll have to go back even further than Paul using Roman boats and roads to spread the gospel across the empire. It started when God placed the first humans in the garden and told them to “work it and watch over it” (Genesis 2:15). Before the fall, humanity was called to develop the needed tools, or technology, to tend to the garden God had given them. After the fall, Adam was told that the ground would now be cursed, full of thorns and thistles. Our relationship to creation changed, and with it, our relationship to technology. No longer would the tools and technology we use be a purely good part of God’s good creation. It would be impacted by the curse as well.

“The church needs to be aware that technology isn’t simply a tool that we use but something that shapes us or forms us with each use.” — @jasonthacker Click To Tweet

Jason Thacker, chair of research in technology ethics at the Ethics and Religious Liberty Commission, says technology has been used throughout our history as a tool to share God’s message, “but the church, like the rest of society, can easily be fooled into thinking that technology doesn’t alter how we see the world around us, including our neighbors created in God’s image.” Technology is a tool, but it is also much more, he says.

“The church needs to be aware that technology isn’t simply a tool that we use but something that shapes us or forms us with each use,” says Thacker, author of The Age of AI. “Taking an uncritical approach to technology can result in dangerous and dehumanizing outcomes, but it can also be used with wisdom to extend our capacities to love God and love our neighbor as we seek to honor the inherent dignity of all people.”

So how can churches thoughtfully capitalize on technology while not diminishing our humanity?

“During the pandemic, technology provided a way for people to stay engaged with their faith communities and feel connected while being physically apart,” says Jamie Adams, chief information technology officer at Lifeway. Virtually every expert agreed this was a benefit to church leaders and churchgoers provided by technology. Yet, most also acknowledged the ways in which this increased the tendency of some to move from regular, in-person participation with a local body of believers to sporadic viewing of the worship service.

“If tech is used to support our embodied lives together as believers, it can powerfully help us, but if it replaces those embodied lives, we miss out.” — Amy Crouch, coauthor of 'My Tech-Wise Life' Click To Tweet

“If tech is used to support our embodied lives together as believers, it can powerfully help us,” says Amy Crouch, coauthor of My Tech-Wise Life, “but if it replaces those embodied lives, we miss out.” Crouch says tech can supplement relationships and spiritual practices, but it cannot serve as a substitute even for members of Gen Z with tech-filled lives. “Tech can’t replace the physical presence of the body of Christ in worship. It can’t replace the close-knit love of a small group over coffee or dinner.”

John Harlan, CEO and cofounder of a digital products company, says one of the ways churches can use tech as a supplement not a replacement is through providing resources and making necessary administrative processes more efficient. “Church management systems have built-in tools to help churches with things like giving, childcare check in, event scheduling, group management and more,” he says. “I think a good principle to use would be leverage technology to enhance what churches are already doing.”

From discussions with church leaders, Adams says many underestimate the amount of work required to achieve excellence in technology, while others overestimate what it will take to simply become proficient in new tech. For those trying to make significant technological advancements, she says it takes “time, effort, patience, and creativity.” But many pastors and church leaders never even attempt to try new technology until they are forced to by situations like the pandemic. “People can be resistant to try new things and would rather rely on old, outdated methods than to try to learn new ones,” Adams says.

Still as pastors and leaders contemplate their church and future implementation of technology, experts point to major issues already looming or on the horizon.

Harlan points to one immediate need congregations have—churchgoers embracing the convenience of online participation. “If churches don’t make a hard shift back to people physically being present for church and community events, we will see communities drift further and further apart,” he says. He notes how extended reliance on “virtual relationships” contributes to loneliness, anxiety, and depression.

As churches become reliant on large technology companies to share their message to their congregations and communities, Adams says churches are at risk. If a church partners with Facebook, what happens if the social media company determines the message of those churches is hateful? “Powerful companies that churches rely on to stream their services may choose to stop or deny service,” she says.

"We have become overly distracted and disconnected in the name of connection and community.” — @jasonthacker Click To Tweet

Beyond the practical dangers, Hunter Beless, founder and executive director of Journeywomen, points to the continued rise of the influencer culture that especially grips younger generations and women. That goes beyond secular individuals holding sway, she says. Beless is concerned about “women being influenced and led by popular Christian influencers over faithful sisters in their local church context.”

As Christians continue to be shaped by their social media feeds and participate in a constant onslaught of information, Thacker worries Christians will become numb to serious issues. “We live in an ironic age where everything is of the utmost importance in the moment but has no lasting effect on our lives as we move to the next big thing almost immediately,” he says. “We often fail to think deeply about the most important things in life as a result. We have become overly distracted and disconnected in the name of connection and community.”

“Whatever the quickly changing trends in tech may be, if we are always remembering the image of God and His calling to us, we’ll be on the right path.” — Amy Crouch Click To Tweet

If history tells us anything about technology, it’s that it is constantly changing, often in surprising ways. Pastors can become overwhelmed thinking about how they’re going to keep up with all those changes or predict the problems around the corner. We can’t know where things are headed, says Crouch, but that’s OK. The speed of those technological changes is “why it is so important to stay grounded in the eternal truths,” she says. “Whatever the quickly changing trends in tech may be, if we are always remembering the image of God and His calling to us, we’ll be on the right path.” 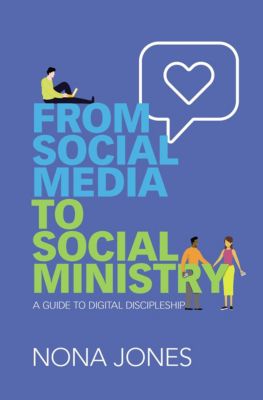 From Social Media to Social Ministry: A Guide to Digital Discipleship 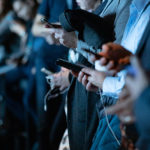 3 Principles to Apply the Bible to Social Media