Nearly 100 years after the Emancipation Proclamation was signed by President Abraham Lincoln, Henry Lyon, Jr., a prominent white pastor in Alabama, proclaimed to his congregation that it was a privilege to pastor a white-only church. He also declared the church would always be a white church, even after he was gone.

Historically, many Southern white churches have been proponents of racist attitudes and beliefs. Those beliefs about their own superiority and the inferiority of African Americans had been passed down for many years and had simply become a way of life.

Many even went so far as to believe their racial views expressed a godliness that grew out of what they believed the Bible said about slavery. They believed the apostle Paul was talking about black and white relations when he said, “Slaves, obey your human masters with fear and trembling, in the sincerity of your heart, as you would Christ” (Ephesians 6:5).

In the same speech Lyon celebrated pastoring a white church, he declared, “If you want to get in a fight with the one that started separation of the races, then you come face to face with your God. The difference in color, the difference in our body, our minds, our life, our mission upon the face of this earth, is God given.”

And unfortunately, the subjugation of blacks who were brought to America against their will did not change when laws of freedom and civil rights were passed. Racists attitudes still held sway in too many places, even among Christians.

While that thinking saturated a majority of white churches years ago, what about today? What do Americans, and particularly Christians, think about race relations now? According to a study conducted by Lifeway Research prior to the 2020 election, 46% of Americans believe we have not made significant progress in race relations. A majority believe things grew worse while Donald Trump was president. By contrast, however, 58% of evangelical Christians say race relations have improved.

46% of Americans believe we have not made significant progress in race relations, according to Lifeway Research. Click To Tweet

Therefore, it’s clear that different views and perspectives on race relations exist. But the evidence for any improvement in that area should be visible in the lives of citizens. What does it mean when inequalities continue to exist in the education, wealth, employment, incarceration, and so forth of African Americans? The 2020 death of George Floyd ignited conversations about systematic racism within law enforcement and the mistreatment of African Americans in every walk of life.

It may seem overwhelming or misplaced to bring these issues up to pastors and church leaders. After all, for the most part, evangelical churches have opened their doors to all people, and many Christians demonstrate an acceptance of people of all races. But disparities are still present throughout various cultural institutions. And 57% of Americans say religious leaders play a significant, positive role in race relations.

We recognize their good work has not eradicated racism, however. Issues seem to smolder until something occurs, like the death of George Floyd, then they roar back with the same intensity. How can church leaders stop this racially charged cycle in America? Two steps can help our churches and society move toward improvement.

Conditioning has occurred at its deepest level within the hearts of black and white American people. Years of slavery, segregation, denial of civil rights, and inequality in every facet of life cannot be erased with protests or even the signing of bills and laws. People must recognize the deep-seated prejudices that often infect our hearts.

As an African American, I can recall numerous encounters with white people who had preconceived biases, whether they were aware of them or not. Like the time a white shop owner singled me out as the only person of color and followed me through his small store. The shop owner had pre-judged me because of my skin color and seemingly believed I intended to steal something from the store.

Unconscious biases are prejudices based on handed-down perceptions and past experiences with individuals credited to groups as a whole. They tend to be directed toward people who are different from us. All of us have prejudices and preferences of one form or another. Whites, Blacks, Asians, Latinos, Middle Easterners, and every other person who has been created in God’s image but also has suffered the effects of the fall.

As sinful people, we often base our treatment of others solely on our experiences and background instead of biblical theology. — @CZimDiscipleLiv Click To Tweet

As sinful people, we often base our treatment of others solely on our experiences and background instead of biblical theology. This leads us to react to others in negative ways based on faulty stereotypes. To counteract that, we need to reflect on what we believe and work to see people the way Jesus would. This includes church leaders who must consider the way churches allowed or even enabled racism to flourish from one generation to the next.

Begin to challenge that which is within your hearts and minds, then lead others to see the unconscious bias within themselves with love and grace. Unconscious bias has a way of dismantling when it is brought into the light. Ask God to shine His light on any bias. His Word says, “There is nothing covered that won’t be uncovered, nothing hidden that won’t be made known” (Luke 12:2). We are not really close to God if we harbor unconscious bias in our hearts. And if they are not dealt with and uprooted, those biases will expose themselves for what they really are—racism.

Finally, church leaders can help believers be the Christians we are called to be. The mark of a real Christian is showing unconditional, sacrificial love. Joseph exhibited this type of love toward his brothers even after they sold him into slavery. He said to them, “And now don’t be grieved or angry with yourselves for selling me here, because God sent me ahead of you to preserve life” (Genesis 45:5). This is a challenge for both white and African American Christians who seek to influence the racial tensions that thrive from one generation to the next.

Too often the church has responded to racial tensions in a way that has not been distinct enough from the rest of the world. — @CZimDiscipleLiv Click To Tweet

Too often the church has responded to racial tensions in a way that has not been distinct enough from the rest of the world. Our response has frequently been guided by political expediency rather than theological convictions. If we live transformed by the gospel then we should be different. That difference should be seen by all, in the way we treat others and in the way we lead others to love through forgiveness, kindness, compassion, education, and understanding.

In his “Letter from a Birmingham Jail,” Martin Luther King, Jr. wrote, “We will have to repent in this generation not merely for the hateful words and actions of the bad people but for the appalling silence of the good people. Human progress never rolls in on wheels of inevitability; it comes through the tireless efforts of men willing to be co-workers with God, and without this hard work, time itself becomes an ally of the forces of social stagnation.” This still holds true for our generation. Church leaders can make the difference as “co-workers with God” to love with His love, challenge unconscious bias, live transformed lives, and lead others to do the same.

Christina is the content editor for YOU Bible Study at Lifeway. She is a graduate of The Southern Baptist Theological Seminary and a member of Faith United Baptist Church. Christina loves art and reading. She is married to the love of her life, Harry Zimmerman. 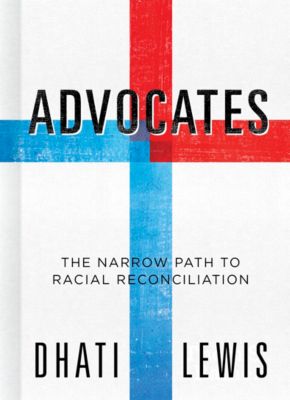