Most evangelical churchgoers feel at home in their churches. While there may be a few changes they would like to make, churchgoers don’t see the congregation as a fixer upper in need of a complete overhaul.

A recent study from Grey Matter Research and Infinity Concepts finds that churchgoing evangelicals are generally happy with their congregations. For the report “The Congregational Scorecard: What Evangelicals Want in a Church,” researchers spoke to more than 1,000 U.S. evangelical Protestants, 89% of whom say they attend worship services at least occasionally.

Among those who do attend church, Grey Matter explored several areas of potential disagreements to determine whether evangelical churchgoers1This group is made up of those who agree with the four theological statements in Lifeway Research’s evangelical definition who attend church services at least a few times a year but excludes those who identify with a non-Protestant group, such as Latter-Day Saints, Roman Catholic, or Orthodox.  were satisfied or wanted to see change in their congregations. The study focused on 14 areas: amount of music, focus on evangelism, focus on social issues, how often donations are requested, in-depth teaching, outreach to the community, overall service length, overall style of the music, overall style of the service, political involvement or messages, racial/ethnic diversity, sermon length, size of the congregation, and women in leadership.

On average, 74% of evangelical churchgoers are fine with their church as it is in each area, ranging from a high of 88% in how often donations are requested to a low of 62% in doing enough outreach to the community.

Evangelical churchgoers are mostly happy with their church the way it is. However, 80% want to see change in at least one area, according to Grey Matter. Click To Tweet

While most churchgoers don’t want a change in each area, 80% do want to see at least one change. Only 1 in 5 evangelical churchgoers say their church is fine as it is in every one of the 14 areas. Younger churchgoers are the most likely to want to see some worship service shake ups. Those under the age of 40 want to see changes in an average of 4.5 areas among the 14.

As churchgoers grow older, the less likely they are to want to change their churches. Those age 40 to 54 want to see changes an average of 3.7 areas, 55- to 69-year-olds would change 3.1 areas, and those over 70 years old want changes in only 3 areas.

As churchgoing declines in the U.S. and churches are still trying to recover attendees from before the pandemic, many pastors and church leaders may be wondering if changes to any of these areas could bring back some of the missing members. The answer seems to be “maybe, but probably not as much as some suggest.”

Politics are often assigned much of the blame for driving people away from churches. The Gray Matter report doesn’t indicate this is a widespread phenomenon, but it does provide hints that it may be true anecdotally and in small numbers.

Overall, 68% of churchgoers are fine with the political involvement of their congregation. However, twice as many prefer there to be less (22%) politics rather than more (11%), according to Grey Matter. Click To Tweet

Among those who attend church less than once a month, 35% say they would like to see their church less involved in politics or political messages. Of the 28 possible changes churchgoers were asked about, this was by far the most requested change among evangelicals who attend less often.

Few churchgoers will hear a political endorsement from their pastor on Sunday morning. A 2020 Lifeway Research study found only 1% of pastors said they publicly endorsed a candidate for public office during a church service that year.

See also  Loving Your Neighbor and Neighborhood More Vital Than Ever

Comparing those who attend more than once a month and those who attend less frequently shows other areas that may be challenging for infrequent attenders. Those who show up once a month or less are less likely to wish for a larger church (16% vs. 27%) or more focus on evangelism (17% vs. 28%). They are more likely to want shorter sermons (15% to 6%), shorter services overall (14% to 7%), want to be asked for money less often (13% to 4%), call for less political involvement (32% to 19%), and less focus on social issues (20% to 7%).

The latter two issues (politics and social issues) are the ones raised most frequently by those who attend less often and demonstrate the largest gap between irregular and regular churchgoers. A 2017 Lifeway Research study found disagreements with the church’s stance on political or social issues to be one of the most frequently given reasons by young adults for dropping out of church.

Disagreements with the church’s stance on political or social issues is one of the most frequently given reasons by young adults for dropping out of church, according to a 2017 Lifeway Research study. Click To Tweet

Another reason churches may want to avoid discussing politics during services is the potential for political diversity in the pews. A 2018 Lifeway Research study found Americans with evangelical beliefs do not all belong to the same party. Almost half (48%) say they are Republican, 31% Democrat, 16% independent, 3% other, and 3% not sure.

Still, even among infrequent church attenders, the majority are satisfied with how the church is doing things. “The Congregational Scorecard” report from Grey Matter says, “there is very little in the data cited above to suggest that what is happening inside churches has pushed some evangelicals toward infrequent attendance.”

“There is very little in the data … to suggest that what is happening inside churches has pushed some evangelicals toward infrequent attendance.” — Grey Matter Click To Tweet

Despite the worries of many pastors and perhaps some isolated loud voices, churchgoers have even been pleased with how their congregations have handled COVID-19. A 2021 Lifeway Research study found almost 9 in 10 U.S. Protestant churchgoers (86%) were proud of how their churches responded during the coronavirus pandemic. Only 12% said they are ashamed.

While some missing churchgoers may point to these issues as reasons for their absence, much of the research says it’s unlikely to play a role for most. Most likely, there is no single change or shift churches could make to recover all of those who are currently missing.

Church leaders, pastors, small group teachers, and others will have to do the hard work of personally reaching out to those who have not returned to reestablish the connection and begin the process of welcoming them back. 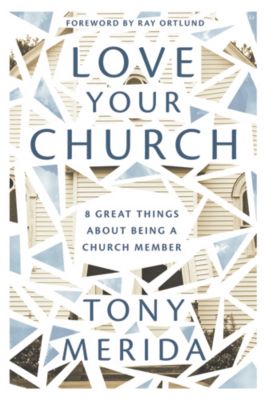 Love Your Church: 8 Great Things About Being a Church Member