While churches in the U.S. attempted to recover from the pandemic in 2021, many Christians around the world were trying to survive increased persecution.

According to Open Doors’ World Watch List 2022, last year more Christians were detained or killed for their faith and more churches were attacked or closed than the year before.

In the past year, 360 million Christians, or 1 in 7 believers around the world, suffered significant persecution for their faith. Every day in 2021, an average of more than 16 believers were killed for following Jesus. With close to 6,000 total martyrs, 2021 saw a 24% increase in Christians killed for the faith.

Every day in 2021, an average of more than 16 believers were killed for following Jesus, according to Open Doors. Click To Tweet

Christians in 55 nations suffered under very high persecution levels, a new dubious record on the World Watch List, which only ranks the 50 worst countries.

In many countries around the world, it grew increasingly difficult to live as a Christian in 2021, and this was most true in Afghanistan.

North Korea has been ranked the worst persecutor of Christians since Open Doors began tracking global persecution in 1992. For the first time, however, Afghanistan topped the World Watch List in 2022.

When they came to power, the Taliban obtained a list of prominent Christians and have since been hunting those believers. “Every Christian who remains in Afghanistan is either on the run or in hiding,” Curry said.

“Every Christian who remains in Afghanistan is either on the run or in hiding.” — David Curry, president of Open Doors USA Click To Tweet

Last year, the nation ranked 2nd, but the situation for Christians worsened dramatically as the Taliban took over. The thousands of Christians in Afghanistan face death and imprisonment.

North Korea fell to the second spot for the first time, but that was not due to any progress they made. Curry said no one should mistake the drop as meaning things are safer for religious minorities in that country. “In fact, the situation there is worse,” he said. “That should tell you everything you need to know about how bad conditions are for Christians who remain in Afghanistan.”

An estimated 50,000 to 70,000 Christians are currently imprisoned in North Korea’s prison and labor camps, according to Open Doors. “Life for Christians in North Korea is a constant cauldron of pressure; capture or death is only a mistake away,” the report said.

Seven of the top 10 worst countries on Open Doors’ 2022 World Watch List are majority Muslim nations, including Afghanistan (1), Somalia (3), Libya (4), Yemen (5), Eritrea (6), Pakistan (8), and Iran (9). North Korea (2) is predominantly an agnostic country. Hinduism is the primary religion in India (10). Extremist Hindu mobs frequently target Christians, while the government often ignores such attacks. Christianity is the main religion in Nigeria (7), but Islamic terrorist groups in the northern part of the country ruthlessly target believers.

Despite having more than 98 million Christians in the country, Nigeria is the deadliest nation for believers, where Christians face the most violence and the greatest number of abductions, according to Open Doors. Click To Tweet

Despite having more than 98 million Christians in the country, Nigeria is the deadliest nation for believers, where Christians face the most violence and the greatest number of abductions. The African nation was home to nearly 80% of all Christians killed for their faith last year (4,650).

Despite the worsening situation for Christians, the U.S. State Department dropped Nigeria from their designation as a Country of Particular Concern. “There’s no rational reason why it was dropped, except some people in the State Department were playing politics,” Curry said. “Nigeria has the ability and the responsibility to protect its civil society. These are churches. There are entire cities and villages which are being overrun by these Islamic extremists, and the government of Nigeria is doing little or nothing about it, year after year.”

China was home to almost 3 in 5 of all church attacks or closures in the world last year, according to Open Doors. Click To Tweet

China (17) was home to almost 3 in 5 of all church attacks or closures last year, with 3,000 of 5,110. India (10) had more detained Christians than other nations with 1,310 of 4,765 worldwide last year. COVID-19 related restrictions have made it easier for some governments to target Christians and churches.

For the full World Watch List and more information on Christian persecution around the world, including how you and your church can pray for the persecuted church, visit OpenDoorsUSA.org. 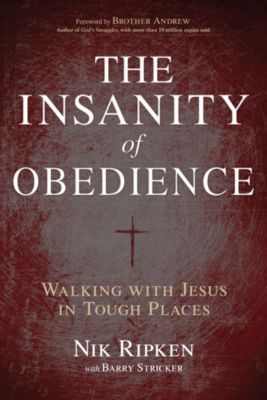 The Insanity of Obedience: Walking With Jesus in Tough Places