Hootsuite is one of the largest and most popular social media management platforms in the world, and every year they conduct a study on social media use, usually released around the turn of the new year.

In January, Hootsuite published their annual report, The Global State of Digital 2022. It’s full of stats that are interesting for one reason or another, but here are five stats that may be of note to pastors and what they may mean for pastors and churches.

1. The average person spends about 2.5 hours a day on social media.

This number has been thrown around for several years by various outlets, and it is interesting to see it again in this most recent Hootsuite study. This means that if a church member comes to church for two hours a week, they spend more time on social media every day than they spend in church in a given week. It also means if a person spends an hour every day in Bible reading and prayer—which is likely above average—that person is spending more than twice that amount of time on social media.

Even if a person spends an hour every day in Bible reading and prayer that person is likely spending more than twice that amount of time on social media. Click To Tweet

Why does this matter for pastors? It matters because social media is more likely to be discipling your people than just about any other form of media. What happens there matters, and it isn’t to be taken lightly. It has a tremendous effect on the hearts and minds of the people in your churches if for no other reason than because they spend an inordinate amount of time there.

2. The average number of social media platforms someone uses in a month is 7.5.

This number is shockingly high to me. People aren’t exclusive in their use of social media. I know I rotate between three or four platforms on a weekly basis, but nearly eight is quite a lot.

Doing research on which platforms are most popular in your church and community can help you best understand how to spend your time wisely when creating online content. — @ChrisMartin17 Click To Tweet

This should be of note to pastors and church communications directors when considering social media strategy and any communication that happens online. While Facebook is by far the most popular social media platform in the world (more on that later), it’s best to assume the people in your church are on multiple platforms. Doing some research to figure out which platforms are most popular in your church and community can help you best understand how to spend your time wisely when creating online content.

The number of people who use social media increased by 424 million or 10% in the last year. If you haven’t taken social media seriously yet, now is as good of a time as any to start. — @ChrisMartin17 Click To Tweet

This shows us that social media isn’t going away. Even though Facebook reported just a couple of months ago that their daily active users decreased for the first time in their history, people aren’t abandoning social media entirely. Social media is not a fad—that should be clear by now—and it only continues to gain momentum. As pastors or church leaders, you should continue to treat social media with utmost care. Recognize that this method of communication is dominant today, and it only adds users by the hundreds of millions each year. Though the forms of our social media may change from year to year (or even month to month), the medium isn’t going away. If you find that you haven’t taken social media very seriously yet, now is as good of a time as any to start.

4. Three of the top four social media apps in the world are owned by Meta (Facebook).

Around the end of 2021, Facebook changed its company name to Meta to signal its devotion to the metaverse future it hopes to forge. Although Facebook recently lost daily active users for the first time in its history, that doesn’t mean it’s no longer dominant. Facebook, Instagram, and WhatsApp are all a part of Meta, and these three social media platforms are three of the four most popular platforms in the world, with YouTube ruining the Meta dominance as the second most-used platform.

TikTok is, without a doubt, the “new kid on the block” in the global social media landscape. It has been around for several years, but it exploded in popularity during the pandemic. I think of it as a spiritual successor to Vine, which is my favorite social media platform of all time.

Because of TikTok's popularity and cultural influence, you would be wise to learn how it works, what trends originate from the platform, and how it may be shaping the people you’re trying to disciple. — @ChrisMartin17 Click To Tweet

Because TikTok is dominated by young influencers, it may be tempting to look at TikTok as a platform that’s for the people in your church’s student ministry—that it’s a young-person’s app. And while it’s fair to say that some of the biggest influencers and drivers of culture on TikTok are young people, Hootsuite reports that less than half of the app’s users are Gen Z. This means that there is likely a larger segment of your church membership using TikTok on a regular basis, beyond the teenagers in your student ministry.

I don’t think your church needs a TikTok, but because of its explosion in popularity and growth in cultural influence, you would be wise to learn how it works, what trends originate from the platform, and how it may be shaping the people you’re trying to disciple.

What Do You Do?

Regardless of which of the above statistics you found to be most relevant for your church and the ways you do ministry, you must do this: take social media seriously. I scratch my head when I see people, especially pastors, talk about social media as though it’s still this niche communications medium for young people. Social media is impacting our culture. It’s time to take it seriously. 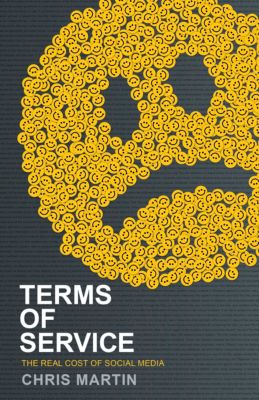 Terms of Service: The Real Cost of Social Media