White brothers and sisters in Christ often ask me how they can help or what they can do as we work through this necessary revealing and healing process as the church and nation. We must all recognize our racial divide isn’t a problem we can solve overnight, nor is there an easy fix. Instead, it begins with an invitation to the conversation. As we create a gospel-shaped culture in our churches that then overflows into the broader culture, we need to be clear about a few points.

We love America so much we desire to see liberty and justice for all become a reality rather than merely a statement. — @DerwinLGray Click To Tweet

We love America so much we desire to see liberty and justice for all become a reality rather than merely a statement. As Christians, when that has not happened—or is not happening—we are moved to seek justice.

Second, your identity is in Jesus, not America. America’s past injustices are not yours. Because your identity and self-worth are in Jesus, you can look back at the history of America and acknowledge that slavery, Jim Crow laws, Native American oppression, segregation, unjust housing laws, unjust policing, and other systems that have systemically oppressed people of color are wrong.

Then we must ask how we, as God’s people, can collectively mourn the past and link arms in unity to never allow this to happen again. There is no reason for you to feel personally guilty for America’s past structural injustices against people of color, but as we pursue healing for the racial divide, it is vital to see the larger historical landscape and reality of injustice.

There's no reason for white Americans to feel personally guilty for past structural injustices against people of color, but as we pursue healing, it is vital to see the historical landscape and reality of injustice. — @DerwinLGray Click To Tweet

Third, as Americans, it is drilled into us that we can be anything we want to be if we just work hard enough. Acknowledging structural racial injustice doesn’t mean white people have not worked hard to get where they are. It may simply mean the benefits of their hard work were not limited by the color of their skin.

When I was a little boy, my grandmother would tell me how white police officers would beat and harass her father regularly. She told me how Black people could only rent or buy homes in certain parts of town, get certain jobs, and attend certain schools. She was born into disadvantage because of the color of her skin.

Acknowledging structural racial injustice doesn’t mean white people have not worked hard to get where they are. It may simply mean the benefits of their hard work were not limited by the color of their skin. — @DerwinLGray Click To Tweet

I have found my white brothers and sisters often feel issues of systemic racial injustice are a personal attack against their work ethic. But when we discuss systemic injustice, we are trying to open our eyes to recognize the historic limitations placed on Black Americans and people of color due to this form of oppression. Although at times in the past, certain groups such as Italians, Eastern Europeans, and Irish have encountered discrimination in America, in general, this has not been the situation for white people here.

Throughout American history, however, the racial caste has built monumental challenges for people of color into the nation’s systems. This is not to say Black people and people of color today are free from responsibility for their individual actions. Everyone has a role to play in healing racial division and seeking to right the wrongs of the past.

Fourth, history is a resource we can learn from—both good and bad. Can you imagine being diagnosed with lung cancer, and when the doctor asks if you’re a smoker, you said, “My past has nothing to do with your question”? The doctor asks about your past to understand why you are sick and suggest potential treatments—both negative behaviors to stop and positive behaviors to start.

Everyone has a role to play in healing racial division and seeking to right the wrongs of the past. — @DerwinLGray Click To Tweet

Structural racism and injustices have played a major role, but not the only role, in creating the context we find ourselves in today. We need to diagnose the problem, see how the problem got us to where we are, and learn how we can collectively build bridges of grace instead of chasms of hate, mistrust, and indifference.

A garden will be overrun by weeds if we do not kill them at the root. Merely cutting a weed down brings no lasting change. We must go deep into the soil and destroy the source. By looking at the past, we identify the root to kill. Growing and maintaining a beautiful garden takes work. An earthly utopia is impossible, but as God’s people, we are called to be a sign and foretaste of the new heaven and new earth.

Welcome to the conversation.

Adapted from an excerpt in Dr. Gray’s forthcoming book, How To Heal The Racial Divide: What the Bible Says, and the First Christians Knew, about Racial Reconciliation. 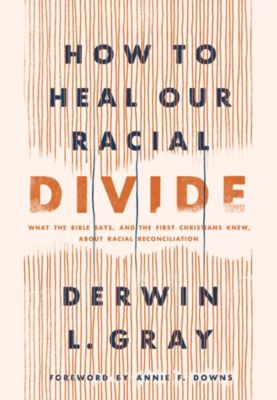 How to Heal Our Racial Divide 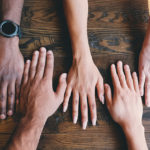