American individualism has made its way into religious circles and is changing not only the way people think about faith but also the landscape of churches across the country. But if you’re tired of hearing the same story over and over again—that churches are declining and secularism is rising—it may be time to recognize the story is more nuanced than that.

According to the recent “Faith in America Survey” from Deseret News, conducted by Marist Poll, religious disengagement is the exception rather than the rule in the United States. The majority of Americans (85%) say they believe in God or in a higher power or spiritual force. Many Americans (71%) say they’re spiritual, regardless of whether or not they practice religion. Over half of U.S. adults (53%) say they pray daily, and these numbers are comparable to past trends.

The Rise of Individualism in Religion

Despite the fact America remains a highly religious country, religious practice is declining, according to the “Faith in America Survey.” Today, 40% of adults in the United States say they attend religious services at least once or twice a month. This is down considerably from the 53% that said the same in an April 2011 Marist poll. Only 30% of U.S. adults currently attend church services at least weekly. Even among those who say they practice a religion, only 3 in 4 (75%) attend services at least weekly. The pandemic clearly has impacted church attendance, but the declines began prior to COVID-19.

40% of adults in the U.S. attend religious services at least monthly—down from 53% who said the same in April 2011, according to Marist. Click To Tweet

But this decline in church attendance isn’t happening in a vacuum. As American culture has become increasingly more curated, so has the religious experience. Social media allows people to pick who they engage with and what information or content they want to see, and its algorithms ensure an endless feed of things they already like.

People in the United States expect the ability to customize every experience to fit their desires. From shopping to dining to dating, Americans are used to doing it their way. It shouldn’t be surprising then that more people want a do-it-yourself kind of faith and fewer are willing to make religious commitments and tie themselves to religious institutions.

According to the 2020 State of Theology study from Lifeway Research, more than half of Americans say religious beliefs are a matter of personal opinion, not objective facts. The “Faith in America Survey” revealed nearly 2 in 3 Americans (65%) believe they can live a moral life without being a religious person. While this sounds appealing to the many Americans pursuing individualism, it comes at a cost to those very people—increased loneliness, decreased life satisfaction, and decreased satisfaction with the moral state of the country.

Although many believed they could leave the church without abandoning their religious beliefs, over time, the decrease in religious affiliation has changed religious beliefs. We see this in the “Faith in America Survey” when 85% of Americans report believing in God or any higher power or spiritual force, but only 54% say they believe in God as described in the Bible.

The latest State of Theology study from Lifeway Research shows similar confusion over religious beliefs. Although nearly 3 in 4 Americans say they believe the doctrine of the Trinity, most also hold beliefs that contradict that doctrine. Even evangelicals remain confused about God in three Persons.

Also according to the State of Theology study, less than half of Americans (48%) believe the Bible is 100% accurate in all it teaches, and the same (48%) say although the Bible contains helpful accounts of ancient myths, it’s not literally true. Only half of Americans (51%) agree the Bible has the authority to tell us what we must do.

So, American individualism has impacted religious practice, and religious practice has impacted beliefs, and these altered beliefs have impacted how people live—so much so that 72% of Americans say they believe the nation’s moral compass is pointed in the wrong direction. Without organized religion as the moral backbone of the nation, each person does as he or she sees fit, pursuing their own morality and being disappointed by the morality of those around them—much like the Israelites living in the promised land at the time of the Judges (Judges 21:25).

The Search for Community

Amid all of this, people are searching for community—a place to belong. Most Americans (87%) think it’s important to be part of a close-knit community, according to the “Faith in America Survey.” And this feeling holds true regardless of age, race, political party, or religion.

The church is called to live in deep and meaningful community. Another 2019 study from Lifeway Research found although 65% of U.S. Protestant churchgoers say they can walk with God just fine by themselves, 3 in 4 (75%) say they need other believers to help them grow in their walks with God.

If nothing else about the church is appealing to those outside the church, the church’s community should be distinctly attractive. — @marissapostell Click To Tweet

If nothing else about the church is appealing to those outside the church, the church’s community should be distinctly attractive. People are looking for a close-knit community, and the church should be the best place for them to find that kind of community. The church has something most Americans say they’re looking for. That should be an encouragement for the church to live well in community with one another and invite in the people on the outside craving the community found in the church.

The Pandemic World and Church

Organized religion had already given way to American individualism before the COVID-19 pandemic struck the United States. This individualism had created a hole that left people searching for community, and that was only exacerbated as quarantining and social distancing was implemented in response to the pandemic.

Even as churches began to reopen, they were slow to return to pre-pandemic levels of attendance. And the rise of online worship services and Bible studies solidified the American perception that religion ought to be a personalized experienced, continually catered to the individual’s wants and needs. Although the majority of churches didn’t livestream services before the pandemic, by April 2020, just a month into the pandemic, almost all churches offered some type of digital worship service option.

The COVID-19 pandemic has accelerated the trend in America of spiritual growth without religion and belief without church attendance. But people aren’t satisfied with where this approach is leading the nation. Could a return to organized religion over individualized religion be a step toward reorienting our beliefs to the truth? If so, community could be the key for churches to invite in those who are searching. 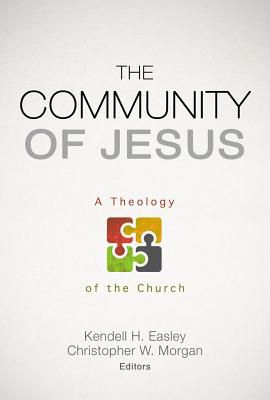 The Community of Jesus: A Theology of the Church