As refugee and immigration issues make daily headlines, pastors can disciple their churches to consider what the Bible says about refugees.

Refugee crises and immigration issues are in the headlines daily. And these media reports tend to shape our responses to refugees and immigrants. In fact, a 2015 Lifeway Research study found more evangelicals cited the media as the primary influence on their views than those who cited the Bible, their local churches, or the views of national Christian leaders combined.

As an evangelical Christian who believes the Bible should be our first authority for engaging any difficult issue, that statistic troubles me. But it doesn’t surprise me.

More evangelicals cite the media as the primary influence on their views of refugees and immigrants than those who cite the Bible, their local churches, or the views of national Christian leaders combined. Click To Tweet

I grew up in a wonderful, Bible-believing church, but I can’t remember hearing a sermon on how to treat refugees. I memorized a lot of Bible verses as a child but none about God’s love for immigrants. And I’m not particularly unique. Just 21% of evangelicals say they’ve ever heard a message from their churches encouraging them to reach out to immigrants in their communities.

As a result of this discipleship deficit, most evangelicals are missing a divinely orchestrated missional opportunity. The apostle Paul makes clear why God sovereignly establishes the times and movements of human beings saying, “He did this so that they might seek God, and perhaps they might reach out and find him…” (Acts 17:27, CSB). God has a missional purpose in migration, but most evangelicals seem to be missing that perspective. Only a minority say immigrants arriving in their communities presents “an opportunity to introduce people to Jesus.” Instead, more describe immigration as some sort of threat or burden.

That’s tragic because the missional opportunity is so remarkable. A significant number of refugees and other immigrants to the U.S. come from countries where they may never have encountered a Christian or heard the gospel. But they land in the U.S.—a country with robust religious freedom, allowing Christians (and others) to share their faith and non-Christians to decide whether to accept or reject that message. That’s not the reality in many of the countries refugees are fleeing from. For example, more than 70,000 Afghans have resettled in the U.S. in the past year. Not only does Afghanistan have some of the most severe restrictions on religious freedom, but it’s also the only country in the world in which less than 5% of the population personally knows a Christian.

More than 70,000 Afghans have resettled in the U.S. in the past year. This presents a gospel opportunity as Afghanistan is the only country in the world in which less than 5% of the population personally knows a Christian. Click To Tweet

One might presume that would change for Afghans rebuilding their lives in the U.S. where most profess to be Christians. But that may not be accurate. In North America, 60% of people of non-Christian religious traditions say they don’t personally know a Christian. Clearly, most Christians aren’t reaching out. But what if evangelicals saw the arrival of immigrants as an opportunity rather than a threat or a burden?

In my work with World Relief, the humanitarian arm of the National Association of Evangelicals and one of nine organizations authorized by the U.S. State Department to resettle refugees, I’ve become convinced this is an evangelistic opportunity. As Al Mohler, president of The Southern Baptist Theological Seminary, has observed in reflecting on immigration trends, “we’ve never faced such a Great Commission opportunity.” Missiologist Tim Tennent argues that far from being a threat or a burden, the arrival of refugees and other immigrants actually “represents the greatest hope for Christian renewal in North America.”

Most immigrants who come to the U.S. are Christians and some are fleeing persecution for their Christian faith. — @MatthewSoerens Click To Tweet

That’s in part because some refugees and other immigrants encounter Jesus for the first time in the United States. But also, most immigrants who come to the U.S. are already Christians. Many are coming from countries more Christian than the U.S. and sometimes even fleeing persecution for their Christian faith.

In Inalienable: How Marginalized Kingdom Voices Can Help Save the American Church, my co-writers and I document ways immigrants bringing a vibrant faith with them to the U.S. are revitalizing congregations and denominations.

Refugees and immigrants in the Bible

The truth is, God has been working through migration to advance His purposes throughout history. Consider the heroes of our faith who crossed borders at one point or another, often fleeing either persecution or famine: Moses, Abraham, Ruth, David, Elijah, and even Jesus—among many others. Throughout the Old Testament, God affirms His love and care for those who are vulnerable. He references the foreigner alongside the orphan and the widow more than a dozen times. And He established laws ensuring immigrants had what they needed for sustenance, were treated as equals, and were not mistreated.

The New Testament underscores these commands when Jesus affirms the centrality of the command to love one’s neighbor. And He makes clear, in the parable of the good Samaritan, our “neighbor” includes travelers of different ethnicities or religions. The Samaritan, Jesus’ model of neighborly love, showed compassion even though it wasn’t safe to stop along the crime-ridden road. Nor was it in his economic interest to pay for the Samaritan to be nursed back to health.

Refugees and immigrants in the U.S.

But in the U.S. context, welcoming refugees and other immigrants is remarkably safe. Of the 3 million refugees resettled since 1980, none has taken an American citizen’s life in a terrorist attack. And there’s ample evidence immigrants (whether lawfully present or not) commit crime at far lower rates than native-born U.S. citizens. Most economists agree immigrants are also net economic contributors, especially as a dramatic labor shortage fuels inflation. But even if loving our refugee and immigrant neighbors presented a security threat or economic burden, the biblical call remains.

Until the U.S. church’s approach to immigration is primarily informed by the Bible rather than politicians and media, we will continue to miss out on one of the greatest missional opportunities of our time. — @MatthewSoerens Click To Tweet

Presumably, we tend to avoid discussions of refugees and immigration in the local church because they’ve become hot-button political issues. Pastors may, understandably, want to avoid a divisive issue that will generate angry emails from those discipled more by talk radio, cable news, and social media than by the Scriptures. But that’s precisely why it’s so urgent for us to engage with a distinctly biblical, fact-based, non-partisan perspective. Until the U.S. church’s approach to immigration is primarily informed by the Bible rather than politicians and media, we will largely continue to miss out on one of the greatest missional opportunities of our time.

Matthew serves as the U.S. Director of Church Mobilization and Advocacy for World Relief and the national coordinator for the Evangelical Immigration Table. 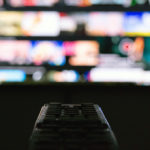 Christian or Mainstream Media: Which Do Evangelicals Prefer?