Thinking about the similarities between a church dropout during college and COVID may offer church leaders more realistic expectations and ways to think about reaching those who still haven’t returned.

Life circumstances changed which made it more difficult to attend church services. And, before they even realized it, they haven’t walked into a church building in a couple of years.

For many, that’s described their current post-pandemic situation. But it also corresponds with post-high school life experience for many previously churchgoing young adults.

Lifeway Research found 66% of churchgoing teenagers drop out for at least a year between the ages of 18 and 22. Recent Lifeway Research surveys of both pastors and Americans indicate many pre-COVID parishioners are still missing from the pews.

Thinking about the similarities between a church dropout during college and COVID may provide pastors and church leaders with more realistic expectations moving forward and ways to think about reaching those who still haven’t returned.

First, we must discover why people are missing and then what to do to bring them back.

Some intentionally leave because of a change

As teenagers transition to young adults, many also transition away from the religious beliefs and practices they previously held. In the Lifeway Research study of young adults, 29% of those who dropped out of the church say they planned on taking a break from church after high school. When asked for a specific reason they dropped out, 32% point to hypocrisy or judgmentalism of other church members. And 25% say they disagreed with the church’s stance on political or social issues.

Most churchgoing teenagers simply drift away from the church during their college years. And the same has been true for many adult churchgoers during COVID. Click To Tweet

Some of those same factors may be at play post-COVID. In a February 2021 Lifeway Research study of churchgoers, 86% said they were proud of how their church responded during the pandemic, but 12% said they were ashamed. Pastors probably heard repeatedly from that 12% who were upset the church was doing too little or too much in response to COVID-19.

The primary reason young adults leave the church after high school, and more than likely the primary reason churchgoers have not returned post-pandemic, is not, however, an intentional decision. Most simply drifted away during those college years. And the same is true for many during COVID.

Most unintentionally got out of the habit

So why do 2 in 3 churchgoing teenagers stop attending church for at least a year as young adults? Among those who dropped out, 71% say their leaving wasn’t an intentional decision. It just happened during life transitions after high school. Almost half (47%) of those who dropped out of church and attended college say moving to college played a role in why they were no longer attending church.

Their habits and routines of life were disrupted, and many didn’t make the intentional effort needed to find a new church. Many teens aren’t changing their beliefs, but their beliefs aren’t enough motivation for the work of church hunting and attending.

It seems the same is happening with many pre-COVID churchgoers. They never planned on cutting back on church attendance, but they haven’t made the effort to restart.

In February 2021, 91% of churchgoers said they planned on attending in-person services as much or more than they did prior to the pandemic once things became safe.

Now, as almost all churches are physically re-opened, many previous churchgoers have not returned. Churches may still be missing as many as 1 in 4 attendees. Some churchgoers themselves admit they’re no longer attending as often as they did prior to the pandemic.

Like young adults who got out of the habit during college, many previous churchgoers have now fallen out of the practice of regular church attendance during the pandemic.

Most haven’t made some radical change in their theological beliefs. They probably haven’t even changed their feelings toward their churches. The cultural benefits of embracing the “Christian” label have declined, so many of those missing members have just filled their Sunday mornings with something else.

Churches seeking to draw them back aren’t trying to overcome antagonism, but rather apathy. That’s a different hill to climb. It may not be any less difficult, but it’s different. Still, both hills can be scaled.

As the saying goes, the best offense is a good defense. So the best way to help young adults return to church is to help them stay in church. But you can only address the current situation, so what about those who are currently missing?

When young adults drop out of church, they’re not all of gone forever. In fact, 7 in 10 eventually return to some type of attendance, including 31% who attend twice a month or more. What drew them back? God working in their hearts, people extending invitations, and life circumstances causing them to rethink their priorities.

The most popular reason returning young adults give for plugging back into church after an extended absence is parents and other family members encouraging them to attend (37%). Another 19% said friends or acquaintances invited them.

Around 1 in 3 (32%) say they felt a desire to return, while 28% said they felt God was calling them to church. And 12% specifically felt convicted of the need to return.

God is working right now among those you haven’t seen at church services in a while. But He’s also working in you and your church to take steps to draw them back. — @wardrobedoor Click To Tweet

He’s working right now among those you haven’t seen in a while. But He’s also working in you and your church to take steps to draw them back. There are some practical steps you can take in your church and in your communications with those who are missing to play a role in God bringing them back.

The next article lays out some ways you can be a part of how God may bring back your COVID dropouts. 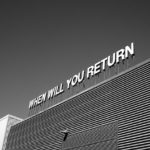