People experience things that may seem like apathy in church but aren’t actually apathy. And these need your pastoral care.

Lifeway Research’s 2022 Greatest Needs of Pastors study revealed what most ministry leaders knew to be true: Apathy is a problem in the church.

We see it often—irregular and dispassionate participation in the life of the church, whether it’s attendance, discipleship, or missions. As pastors, it partly feels like our fault. We wonder what we could do to be more engaging, to make the gospel more enthralling (as if it needed our help). We’re even tempted to become more entertaining. And if we’re honest with ourselves, we see in ourselves the same apathy we see in our people. It’s the listlessness you feel from time to time in sermon preparation, discipleship, and counseling.

In Apatheism: How We Share When They Don’t Care, I argue apathy toward God is becoming increasingly common, in part, because of the society in which we live. In a culture where belief in God is contested and diverse and where we live comfortably distracted lives, God doesn’t feel as relevant as He once did. This can be true for both unbelievers and believers. And if He’s irrelevant, then why care about Him at all? “Apatheism” is the term to describe this—apathy toward God (theism).

What is true apatheism?

Let’s be frank: sometimes, apatheism is birthed from sin. To be indifferent toward God is to imply you have no energy or time for Him. You have better things to do. It’s an assertion of self-importance over the Savior’s glory. And as banal as it may seem to our society, apatheism is an insult to His holy grandeur. Often, we need to repent from idolatry and return to finding our highest meaning, value, purpose, joy, and love in God Almighty. After all, no one is apathetic before the throne of God (Isaiah 6:3; Revelation 4:8).

In our fallen world, we sometimes experience conditions in which we want to feel affection toward God and His church but struggle to do so. — @KyleBeshears Click To Tweet

But apathy in church doesn’t always result from prideful dismissal of God. It’s possible to misdiagnose someone’s general apathy as indifference toward God specifically. With this misdiagnosis, we think reproving the apathetic is the appropriate measure, hoping to snap them out of their listlessness. When that happens, the real problem goes untreated, and guilt is compounded by a respected leader telling them there’s a problem with them rather than a problem within them. To avoid repeating the situation, they fabricate artificial happiness that only serves to camouflage the problem.

So, how do we distinguish apatheism from apathy in general? We can start by recognizing that in our fallen world, we sometimes experience conditions in which we want to feel affection toward God and His church but struggle to do so. For example, those who’ve experienced mental exhaustion, depression, and moral injury may seem apathetic to God but are, in reality, unable to feel anything at all. And these sheep are among those who most need your pastoral care. What they’re experiencing may look like apathy in church but isn’t actually apathy.

For those facing emotional exhaustion, apathy in church is sourced from debility, not disregard. — @KyleBeshears Click To Tweet

Emotional exhaustion is not apatheism. The mentally exhausted may want to care but lack the emotional bandwidth to do so, at least at the moment. How can we, as pastors, aid those with emotional exhaustion? We can begin by reminding them of what Asaph confessed: “My flesh and my heart may fail, but God is the strength of my heart, my portion forever” (Psalm 73:26, CSB). Press them into Sabbath rest to respond to the Lord Jesus’s invitation: “Come to me, all of you who are weary and burdened, and I will give you rest” (Matthew 11:28, CSB).

Depression occurs for myriad reasons: abuse, loss, illness, medication, genetics, gender, and even aging. For people suffering from depression, life feels feelingless. Sadness grips them as life slips by. Sometimes, they live with a sense of dissociation, moving through life without really being there. Even though things happen around them, it doesn’t seem real—nothing does. The apathy others witness in them isn’t directed toward God; instead, it’s an absence of vitality altogether.

Depression is not apatheism. Perhaps they want to care about God—and do in a cognitive sense—but their emotional state neither matches nor communicates that because, for the moment, it can’t. How can we shepherd those with depression and dissociation? First, pray for and commit to their recovery through encouragement in the Word and pastoral counseling. And offer wise recommendations for care beyond your expertise. Remind them God cares and has invited them, as Asaph wrote of the Lord, to “call on me in a day of trouble; I will rescue you, and you will honor me” (Psalm 50:15, CSB).

Moral injury is an unseen wound inflicted on a person’s mind and soul after experiencing a violation of their deepest moral convictions, whether it’s something they did or something done to them. It’s a wound that manifests on the other side of a difficult decision in which right and wrong were not discernable before the moment they had to make a call. The decision they made leaves the wounded wrestling with their choices. Moral injury is common among war veterans, first responders, medical professionals, and abuse survivors. And while moral injury manifests in demoralized anger, it also leads to demoralized apathy. In their wrestling with the past, apathy overshadows them in the present.

People dealing with moral injury may care deeply about God, but their conflicted emotions mute their expression of joy toward Him. — @KyleBeshears Click To Tweet

Moral injury is not apatheism. People dealing with moral injury may care deeply about God, but their conflicted emotions mute their expression of joy toward Him. Guilt about their injury may even press them into hiding from others. So how can we pastor people healing from a moral injury? We can offer space to hear their stories, listen to their concerns, and frame their past in the present reality of God’s mercy and grace.

Kyle Beshears is campus pastor of Mars Hill Church in Mobile, Ala. and teaches religion as an adjunct at the University of Mobile. He is the author of Apatheism: How We Share When They Don’t Care and the forthcoming 40 Questions About Mormonism. 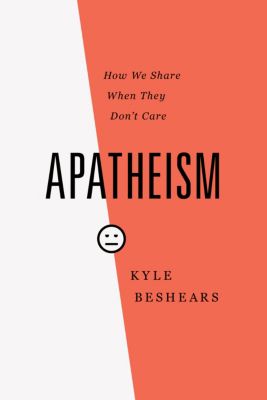 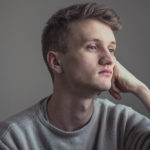 Overcoming Apathy in Your Church