Jesus instituted the church and commissioned it to be the mission-sending agency that takes the gospel to the whole world.

The Green Bay Packers are the crème de la crème of football. They’ve won 13 championships—more than any team in NFL history.

In 1960, they were on pace to win another championship but blew a fourth-quarter lead to the Philadelphia Eagles. As the team returned to training camp the next season, the legendary Vince Lombardi gathered his team, held up a football, and said, “Gentlemen, this is a football.” Lombardi wasn’t being condescending. He was reminding his team that, no matter what they had accomplished in the past, if they didn’t do the fundamentals, they would fail.

This maxim is also true of the church. No matter how glorious our past may be, if we neglect the fundamentals, we will fail to be the church Jesus created us to be.

The fundamental of evangelism

There are many fundamentals or marks of a true, biblical church. Here, we will focus on the fundamental of evangelism, or being a sending church.

Sadly, many churches in America are in decline. Not only is the number of churches in the United States declining, but membership in churches is also falling. And although most Christians say they are willing and desire to talk to others about their faith, few have shared with someone how to become a Christian in the past six months.

No matter how glorious our past may be, if we neglect the fundamentals, we will fail to be the church Jesus created us to be. — @PatHood Click To Tweet

We live in an increasingly post-Christian world with growing hostility toward the church. Syncretism has experienced a revival. “You do you” is the rally cry of the day. These and many other changes make “living sent” in America harder than ever. But this really isn’t new, nor should it be unexpected. Christians in the first century were misunderstood, arrested, tortured, and murdered. Jesus said, “If the world hates you, understand that it hated me before it hated you” (John 15:18, CSB).

It’s never been easy to live sent with the gospel, and it never will be. Yet, Jesus instituted the church and commissioned it to be the mission-sending agency that takes the gospel to the whole world (Acts 1:8, Matthew 28:18-20).

Sending was encoded into the DNA of the church at birth. But, it appears, many churches have neglected this mark of a true, biblical church. If churches don’t return to the fundamental DNA strand of being sending churches, they’ll cease to exist.

Now, don’t misread or misunderstand. The church is not in danger. It will never be extinguished because Jesus created it to be unstoppable. He promised the gates of hell will not hold the church back from advancing (Matthew 16:18). So, the church itself is safe, but Jesus’ words to the seven churches in Revelation make it clear that individual churches who neglect their fundamental DNA aren’t.

So, how do we become a sending church?

Acts 13 records the beginning of intentional, cross-cultural missions. Until this point, evangelism had happened consequently as Christians were scattered to avoid persecution. But, in Acts 13, it wasn’t consequential; it was intentional. The church wasn’t scattered; it was sent.

Luke describes the scene: “While they were worshiping the Lord and fasting, the Holy Spirit said, ’Set apart for me Barnabas and Saul for the work to which I have called them.’ Then after they had fasted, prayed, and laid hands on them, they sent them off” (Acts 13:2-3, CSB).

Notice what they were doing when God told them to be a sending church …fasting and praying. So, the first step in becoming a sending church is drawing near to the heart of God so that we are drawn into the mission of God.

If our motivation comes from our strategic planning, it will fade when it gets difficult. But, if it flows from a passion to magnify Christ and obey His commands, it will flourish. — @PatHood Click To Tweet

If our motivation comes from our strategic planning, it will fade when it gets difficult. But, if it flows from a passion to magnify Christ and obey His commands, it will flourish.

It could be said that you emulate what you celebrate. If you want to create a sending identity, you should continually and comprehensively celebrate sending.

Hang posters with quotes from missionaries around your church. These quotes will become emblazoned in people’s minds as they read them over and over. This will change their thinking, and how we think changes how we live.

Create or find digital stories of how God is working through the lives of sent ones. Show them in worship gatherings, and post them on social media.

Regularly cast vision in sermons. Vision leaks. We must continue to cast it over and over to remind people of the things we value.

3. Call out the called

We must remind our people that God didn’t just commission those who are called to go to remote places to share the gospel with an unreached people group. God commissioned all believers to go and make disciples (Matthew 28:19). If God saved you, He saved you to send you. If you’re redeemed, you’re redeemed to represent.

We should never shy away from challenging people to respond to the gospel. But we must also challenge every Christian to respond to God’s call to live sent in their context and domain.

Leading your church to be a sending church can be a daunting task. Thankfully, you don’t have to do it alone. There are many organizations that will help you with ideas and resources.

The North American Mission Board (NAMB) has a wealth of resources for any ministry or mission in North America. The International Missions Board (IMB) also has everything you could possibly need to jumpstart your international mission motor.

The Upstream Collective is another great mission organization that has helped our church in becoming and remaining an effective sending church.

This, by no means, is an exhaustive list of steps to take in becoming a sending church. But remember, being a sending church isn’t someone’s good plan. It’s God’s command. So, the important thing is for you to start stepping toward your calling to send and live sent.

Pat is the Senior Pastor at LifePoint Church in Smyrna, TN. He and his wife Amy have 5 children. LifePoint is a sending church that believes the call to follow Christ is a call to missions. Pat is the author of The Sending Church, which challenges every church to send and every Christian to live sent. 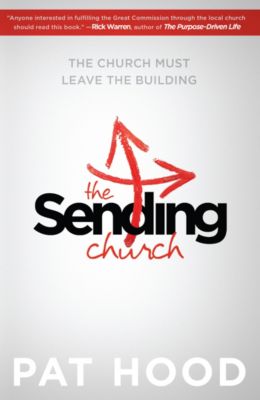 The Sending Church: The Church Must Leave the Building 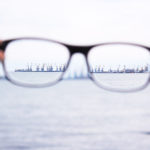 2 Priorities Every Pastor Must Embrace During the 2020s