Many pastors struggle with depression to some degree. Here are some suggestions to help you live, not simply endure.

Disclaimer: Nothing in this article should be construed as a medical evaluation or as offering a specific medical diagnosis or advice.

In my days as a young pastor, depression was not a subject of conversation—especially as it concerned pastors themselves. At weekly or monthly pastoral meetings, we discussed baptisms, attendance, upcoming revival meetings, and denominational affairs. Sometimes someone might request prayer for discouragement or wisdom about a church issue, but no one ever volunteered, “I’m going through a bout of depression right now. I could use prayer.”

A pastor surely would not bring it up at a deacons’ meeting.

I doubt there were no pastors dealing with depression in the late 1980s and early 1990s. We just didn’t talk about it. Most didn’t know how to talk about it. Depression was something to be prayed away or praised away. It wasn’t supposed to hang around like a bad odor from neglected laundry.

I doubt there were no pastors dealing with depression in the late 1980s and early 1990s. We just didn’t talk about it. — @martyduren Click To Tweet

The times, thankfully, have changed as more pastors are willing to admit struggles with mental illness generally and depression specifically.

Struggling with depression as a pastor

Lifeway Research surveys indicate pastoral struggles with personal mental illness (including depression) are on the rise. Pastors who affirmed having a diagnosed “mental illness of any kind” rose from 12% in 2014 to 17% in 2021. Additionally, a 2013 Duke Divinity School survey of United Methodist clergy found the depression rate to be 8.7%.

It’s been fifteen years or more since I first went public about my own depression battles. Though not as severe as the depression many suffer, it’s been an on-and-off issue for much of my adult life. I know all too well the feeling of being the only one in the crowd standing in a mental thunderstorm, of enduring gray winters hoping the sun will shine again tomorrow, of praying for relief only to remain depressed, of wondering if depression was my thorn in the flesh that would never be removed, of scouring the obit for a young pastor who “died suddenly” from an unmentioned cause, leaving behind a wife and kids.

As one on this journey with many of you, here are a few suggestions to help you live, not simply endure.

1. Live with the assurance you aren’t the only one battling it

I battle the mental illness of depression, but I’m not the only one. A tremendous upshot of the last ten years is that more and more pastors are becoming open about these struggles. That comforts me. Counseling, and even medication, are more commonplace; this is a good thing.

When I opened up about depression, others opened up to me. Having co-belligerents in this struggle doesn’t make it go away. But it takes one particularly fiery arrow from the enemy’s arsenal—“I am uniquely flawed”—and quenches it.

2. Live with the knowledge that you aren’t alone no matter how lonely you feel

One of depression’s more harrowing effects is the feeling of isolation it can bring. A room full of friends becomes a room full of strangers. And a wife sometimes feels like “somebody I used to know.” The lie of aloneness can immobilize us in the struggle with depression.

Faith is a primary thing required when battling depression. And it’s not necessarily faith that tomorrow will be better, for tomorrow could be a duplicate of today. The faith that’s needed is the faith that no matter how deep and dark the valley, no matter how many sets of glowing eyes peer in from the caves or impenetrable canopy, God is with us. Charles Spurgeon, who himself battled with depression, wrote, “[I]f you happen to have been born on a foggy day, and to have swallowed so much fog that you have found it shading your spirit many a time ever since; then you can only be strong by faith.”

The faith that’s needed when dealing with depression is the faith that no matter how deep and dark the valley or impenetrable canopy, God is with us. — @martyduren Click To Tweet

By faith, I mean biblical faith, not naïve optimism or a sentimental longing. Depressed pastors need to cling stubbornly to the Jesus who sees you, knows you, and has you in His grip. Simply because I don’t feel His hand doesn’t mean His grasp has slipped (Isaiah 41:10, John 10:28).

3. Live with honesty before your church family

Depression is not defeated by openness, but it is dealt a blow. When it’s no longer a secret, the enemy cannot threaten to expose it. The shame that often accompanies depression deceives us into believing that battling alone is somehow better than having encouragement, prayer, and support. (This must be balanced in those situations where a particular ministry could be a contributing factor to depression and knowledge of it used as a weapon.)

4. Live with reliance on other leaders

If it’s not feasible to open up to the church, open up to leaders in it that you can rely on to bear your burdens. Depression is a very dependable de-motivator. Depressive episodes can sap physical strength, emotional energy, and mental clarity. Leaders who can walk with you, helping you distinguish between what you must do versus what they can do for you, can make all the difference.

5. Live with hope that one day it will end

Even in this life, most people’s depressive episodes are not unending. I’m grateful that mine generally lasts a week or two then lifts, but one thing I’ve trained myself to do is not believe the lie that it will never end. I battle with the ongoing hope that it will eventually go away if I but endure for the night. (If you’ve never battled depression, you might not understand how being depressed for a few days can convince you that you’ll never be happy again for the rest of your life, but it can.)

Take heart, pastor. We cannot know the day or hour the flame bursts forth, but in God’s good time, it will. — @martyduren Click To Tweet

Scripture promises a burdened servant that Jesus will give rest (Matthew 11:28) and a challenged servant will be the object of His prayers (Luke 22:32). Isaiah writes, “He will not break a bruised reed, and he will not put out a smoldering wick…” (Isaiah 42:3, CSB). Is this not the greatest encouragement? A damaged reed he won’t break. A candle struggling to put off light he will not smother. Take heart, pastor. We cannot know the day or hour the flame bursts forth, but in God’s good time, it will.

Marty is a freelance writer and editor in the Nashville, TN area. He also hosts the Uncommontary podcast. 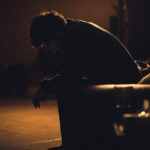 Pastors Have Congregational and, for Some, Personal Experience With Mental Illness